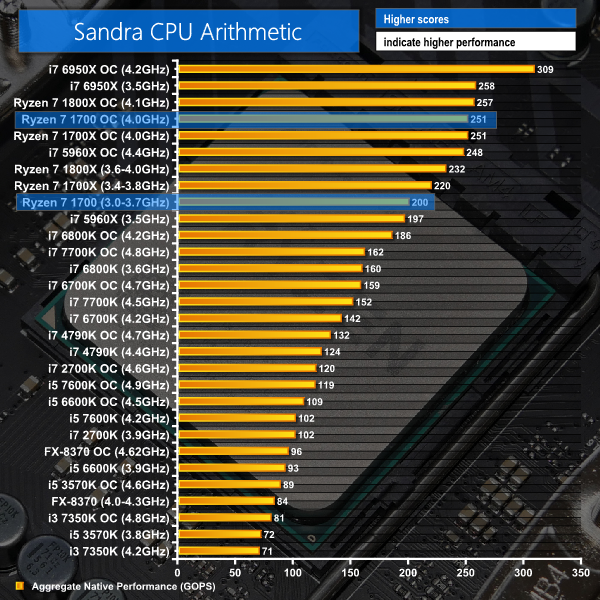 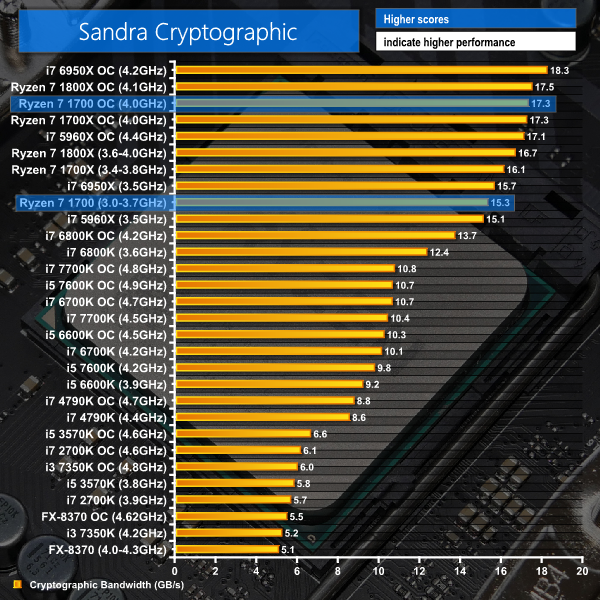 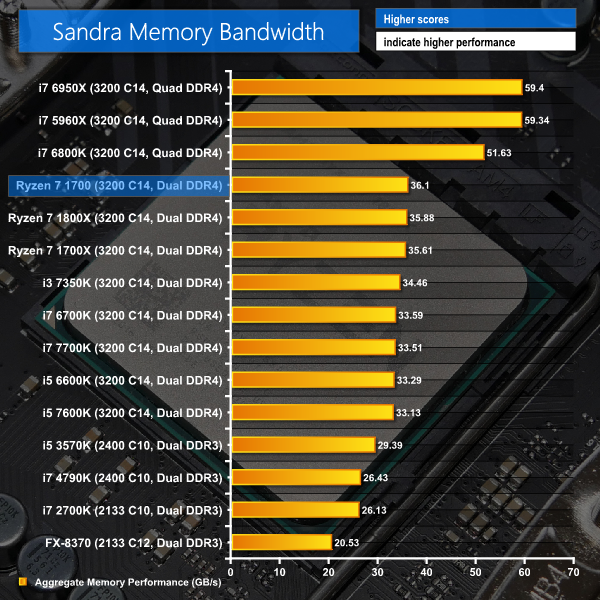 Synthetic performance also shines the 1700 under a positive light. You can extract most of the performance offered by Intel multi-core parts that are significantly more expensive. That’s particularly true when overclocking the 1700 to 4GHz, at which point there is no distinguishable difference between it and the £70 more expensive 1700X. Intel’s quad-core 7700K is comfortably beaten in Sandra’s Arithmetic and Cryptographic tests.

Memory bandwidth is an advantage for LGA 2011-3 CPUs thanks to their quad-channel capability. This is also shown in tests such as 7-Zip and Handbrake which have an affinity for memory bandwidth.