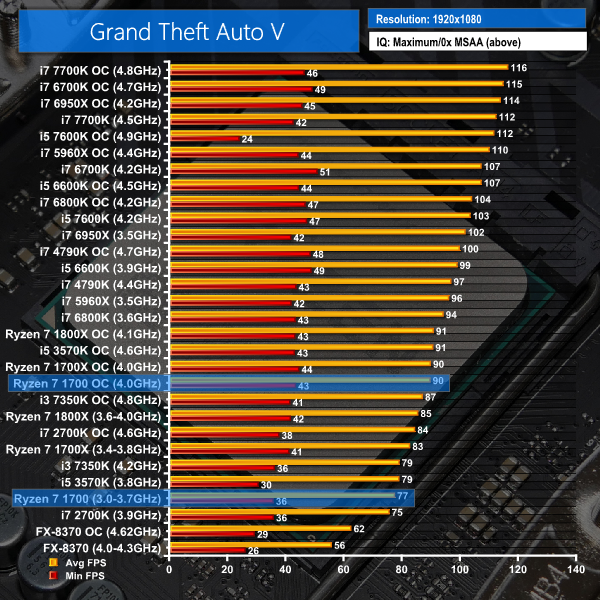 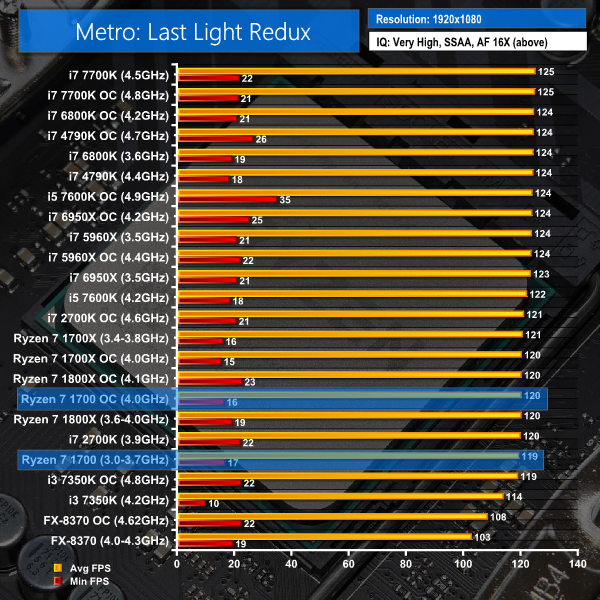 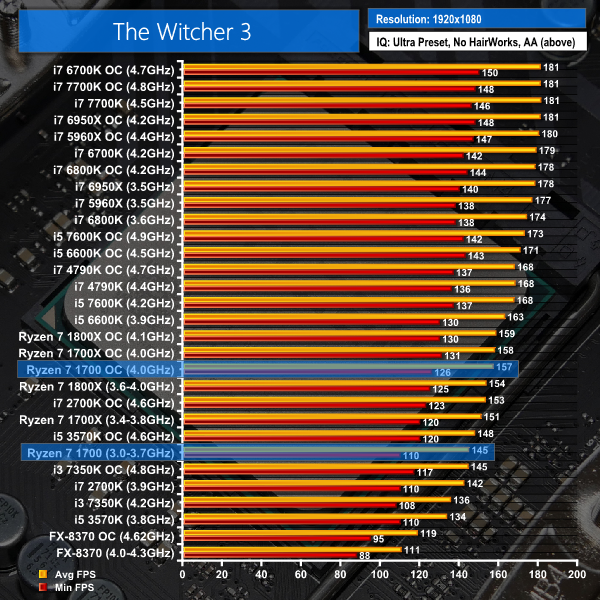 Gaming performance from Ryzen 7 has been given a lot of coverage by now, so it is somewhat of a known entity. The 1700 continues to show unimpressive gaming performance to those who are interested in high-refresh rates and frame rates above 60 FPS. Intel’s Core i7-7700K is still king when it comes to DX11 gaming thanks to its well-tuned Skylake architecture and high clock frequencies.

If you are spending around £330 on a CPU purely for gaming, the Core i7-7700K is a better choice than Ryzen 7 1700. AMD has suggested that updates and patches will come from game developers, and there’s also a slim improvement to performance when disabling SMT, but that doesn’t deter from the point that the 7700K is a faster gaming chip in today’s environment.

Of course, if you play any of these games on a 60Hz monitor (or even a <120Hz monitor for the last two), you are unlikely to notice any difference in performance between the Ryzen 1700 and Core i7-7700K. That point can also be extended to cheaper Core i5 CPUs.