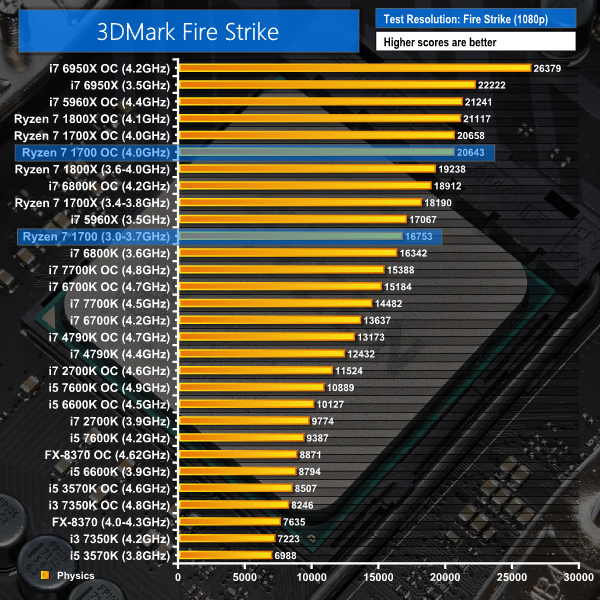 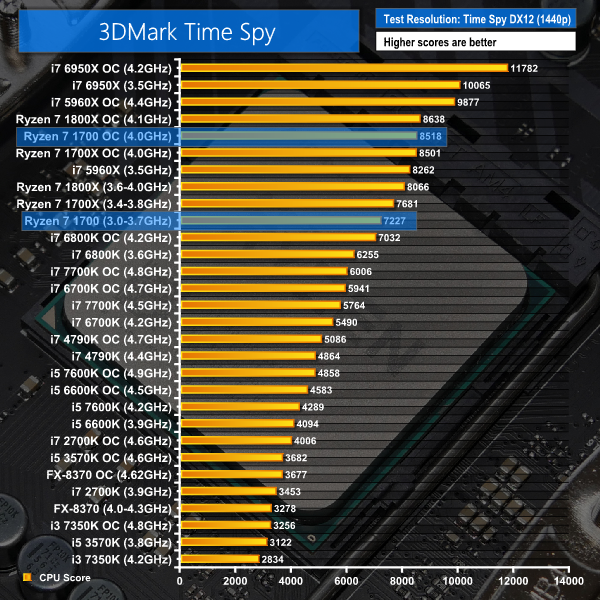 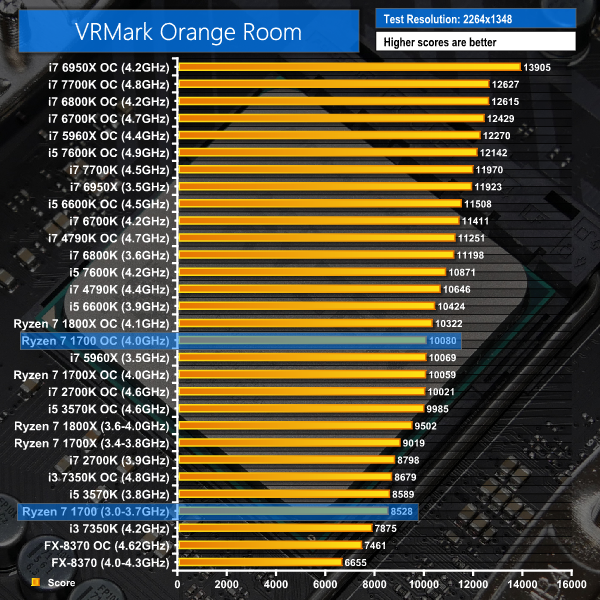 The 1700 continues to post impressive performance results in the multi-threaded 3DMark Fire Strike and Time Spy tests. VRMark is less favourable for the 1700 and clearly prefers the architecture and generally higher clock speeds of Intel’s competitors such as the 7700K.