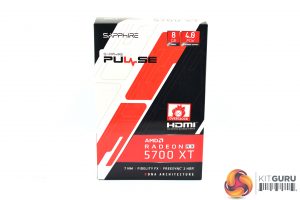 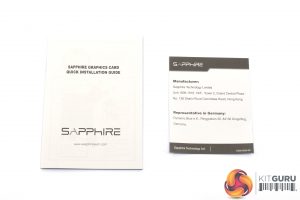 The Sapphire Pulse RX 5700 XT ships in a compact box with red, white and black colouring. There’s no image of the graphics card visible on the front.

Inside, the included accessories are basic, with a quick start guide and manufacturer’s note the only extras in the box. 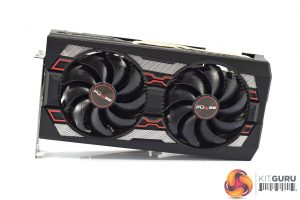 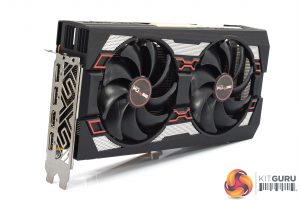 Looking at the card itself, it is immediately apparent that this uses the same shroud design as the RX 5700 Pulse, which is not surprising. The primary difference between the two (apart from the GPU) becomes clear when we look at the heatsink below, but for now we can see the same black plastic shroud, with some red and silver accents on the front.

Being completely honest, I don’t think this is the best looking graphics card out there, though that is obviously subjective. Even so, with its recent RX 5500 XT Pulse, Sapphire opted for an all-black design and personally I do think that looks much cleaner, while it also means colour coordinating the graphics card to your system is less problematic.

As for the two fans on the front of the card, these form part of the ‘Dual-X’ cooler, and each fan measures 95mm across. As has become standard for Sapphire cards, the fans also support Quick Connect, which means each fan can be individually removed by taking out just one screw, which would make user repairs or RMAs significantly more straightforward. 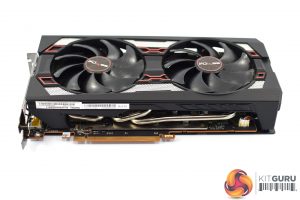 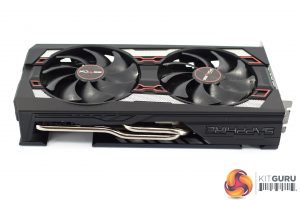 We can see exposed heatpipes on both sides of the graphics card, and it is also worth touching on the card’s dimensions. It measures 254(L)x 135(W)x 46.5 (H)mm, so while it is not very long it is a fair bit taller than the PCIe bracket. As always, it is worth double checking this will fit in your case. 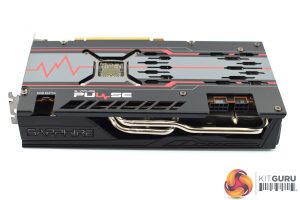 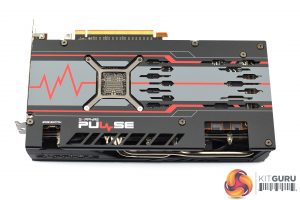 Now, on the front side of the shroud, there’s a couple things to mention. First is the small Sapphire logo which is the sole RGB zone on the card. Additionally, just above the logo is a small dual-BIOS switch. By default, the card ships with the Performance BIOS engaged, but you can switch it over to the Silent BIOS if that is your preference.

As for the backplate, this is mostly black, but with a grey central panel and more red accents. It’s a full-length design, made of metal, with a few holes and cut-outs for extra ventilation from the back of the PCB. 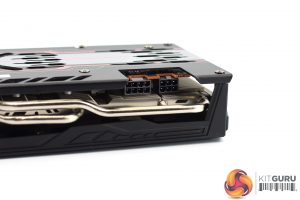 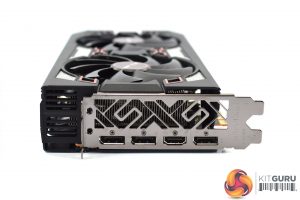 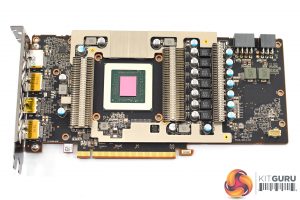 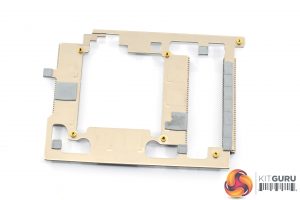 Once the card is disassembled, we can see an immediate difference between this 5700 XT and the non-XT 5700 Pulse – this XT model has an extra finned heatsink sitting atop the VRAM and VRM to provide direct cooling. Another four screws will remove this from the PCB. 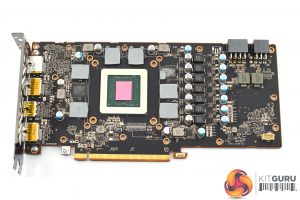 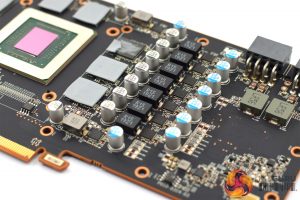 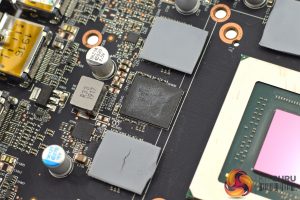 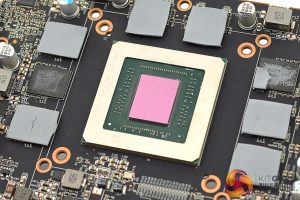 With that done, we can see PCB design is identical (as far as I can tell, at least) to the Pulse RX 5700. That means the GPU uses a 7-phase VRM, with a 2-phase VRM for the memory. Those 8 memory modules are produced by Micron, each chip is labelled ‘9MA77D9WCW’. The Navi 10 GPU, with its 251mm² die size, sits in the middle of the PCB. 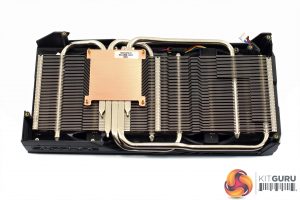 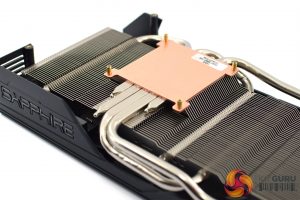 The main heatsink is also different to the 5700 Pulse. As the XT uses a secondary heatsink for the VRAM/VRM, there’s obviously no extra plates on the primary heatsink. On top of that, this cooler uses 5x 6mm heatpipes instead of the 3 heatpipes used for the non-XT cooler. The GPU contacts with a copper coldplate.