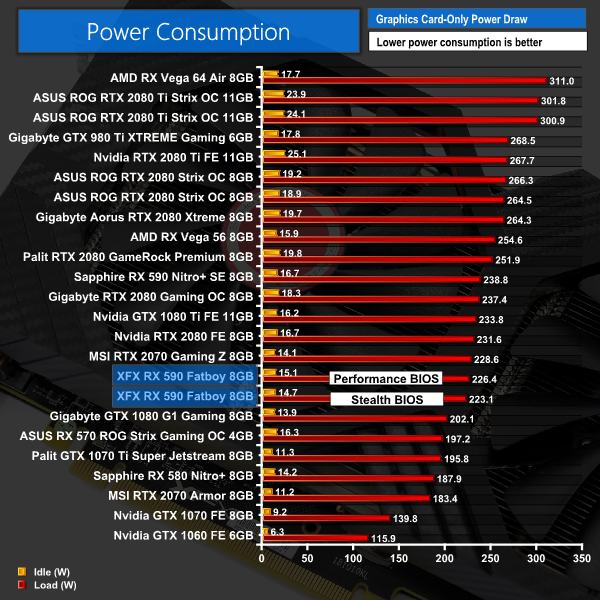 Both BIOS draw around 225W under load, and this is about 13W less than the Sapphire RX 590 Nitro+ SE. That might sound all well and good, but looking at the big picture, I have to say RX 590 is not very efficient at all – it is drawing similar levels of power to an RTX 2080, and we know how much faster that card is. Still, it is what it is.

Fast & Furious: Crossroads served as Geoff Keighley’s “one more thing” at the 2019 Game …