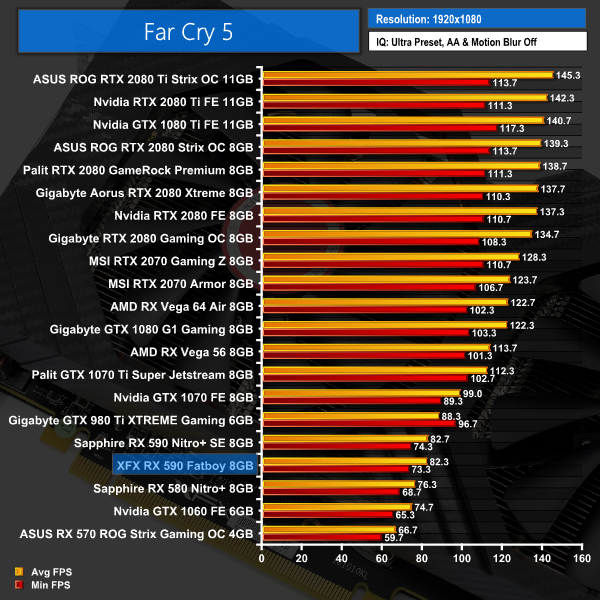 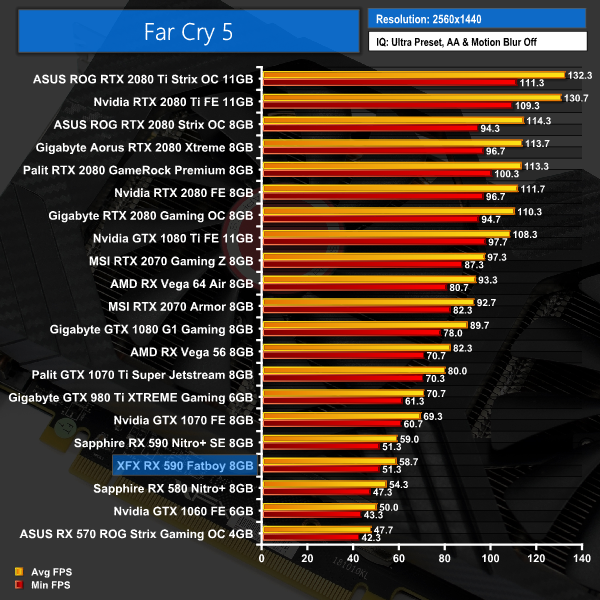 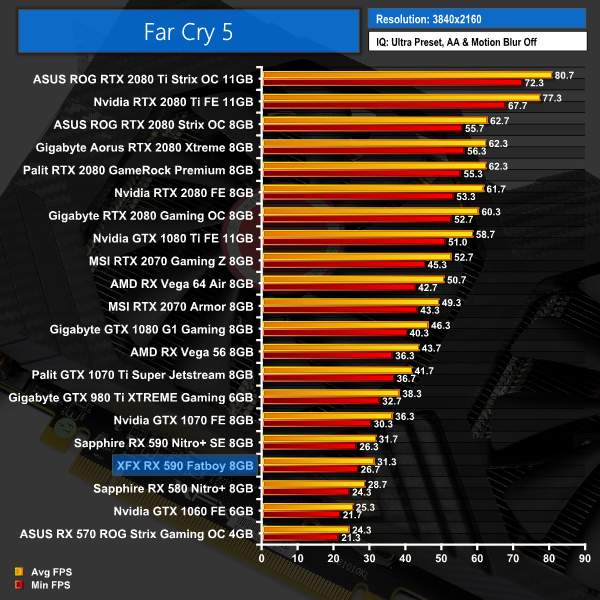 Far Cry 5 tells the same story, with the Sapphire RX 590 proving to be ever so slightly faster across all three resolutions.