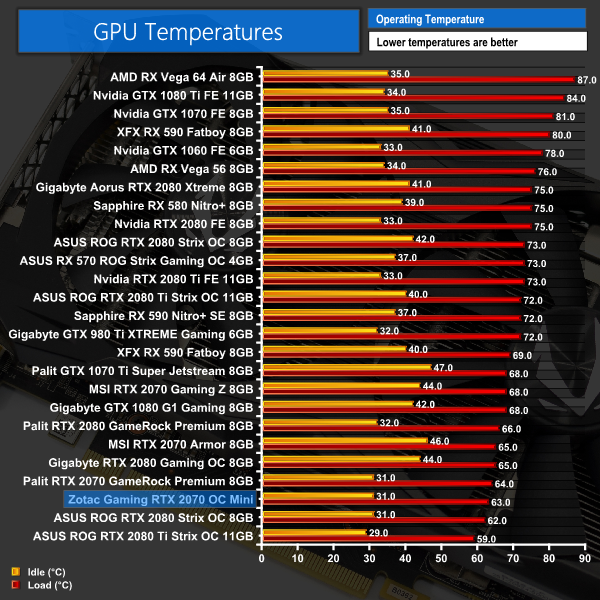 The Zotac does very well in terms of temperatures, though, peaking at just 63C on the GPU core. This is a fair bit lower than I was expecting for a card of this size, but there are two main factors at play here – it is running slower than other 2070s, as we saw on the previous page, while acoustics and fan speeds are the other factor which we will get to on the next page.

That being said, Zotac has clearly done its utmost to get a card this small running as cool as possible, and I am very impressed with this result. 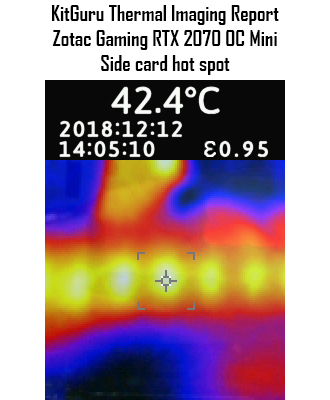 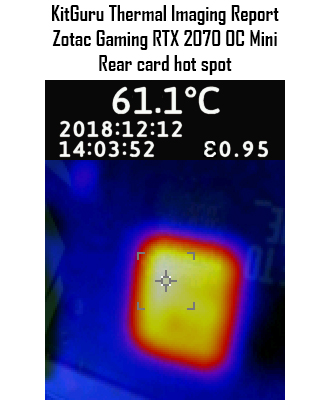 The hot spot on the rear of the card came from the area directly behind the GPU core, and this peaked at just over 61C which is another excellent result.