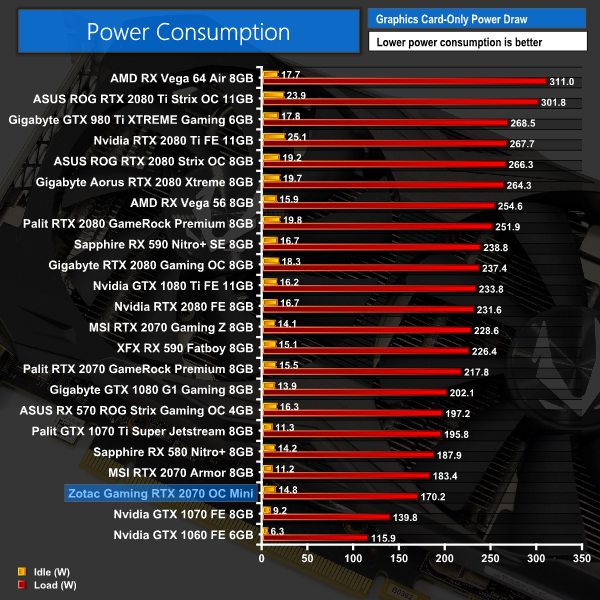 This Zotac Mini proves to be the least power hungry RTX card yet, with power draw averaging just over 170W under load. This is about 13W less than the reference clocked MSI Armor 8G card, and almost 50W less than the factory overclocked Palit GameRock Premium 2070.

RTX support for Minecraft was announced back at Gamescom 2019. It already looked impressive at …