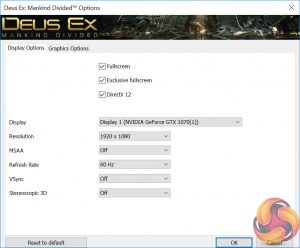 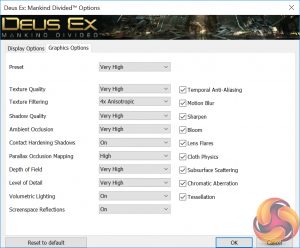 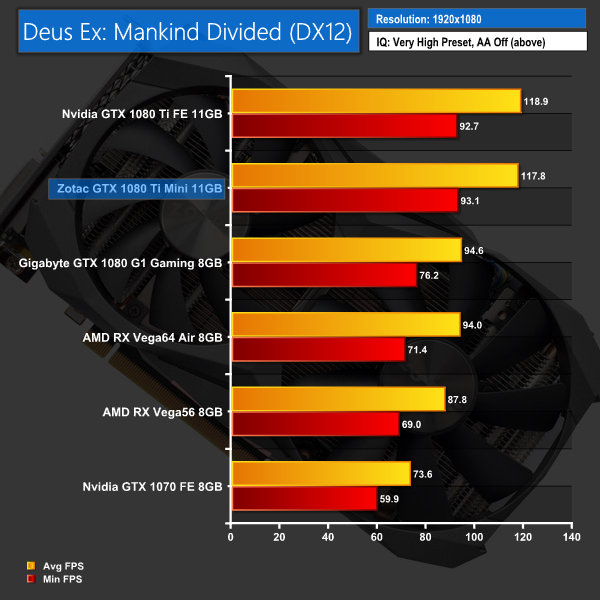 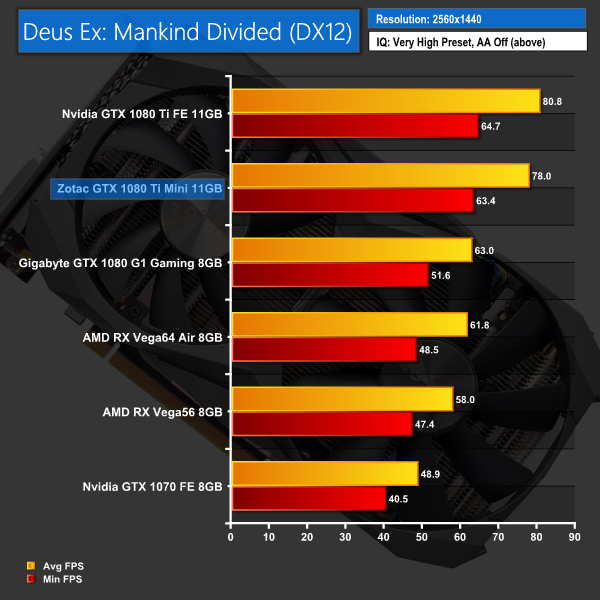 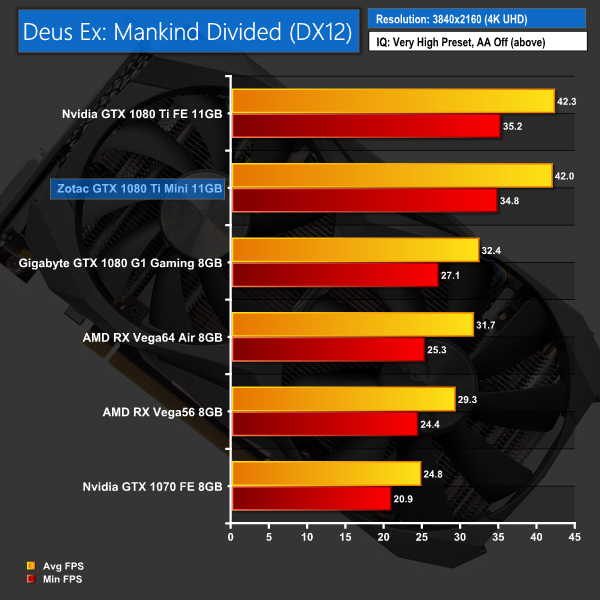 As with Ashes, the Zotac Mini falls behind Nvidia’s 1080 Ti FE – this time at every resolution tested. The margins are by no means big, with the widest gap being just just under 3 frames per second, but it is interesting nonetheless given one would think Zotac’s card, with its factory overclock, would be the faster 1080 Ti.

Evidently, there is more to the story than just factory clock speeds.