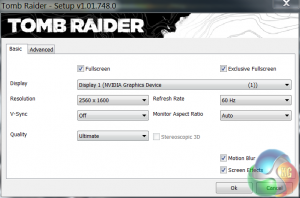 We test at 1600p with the ‘ULTIMATE’ image quality profile selected. 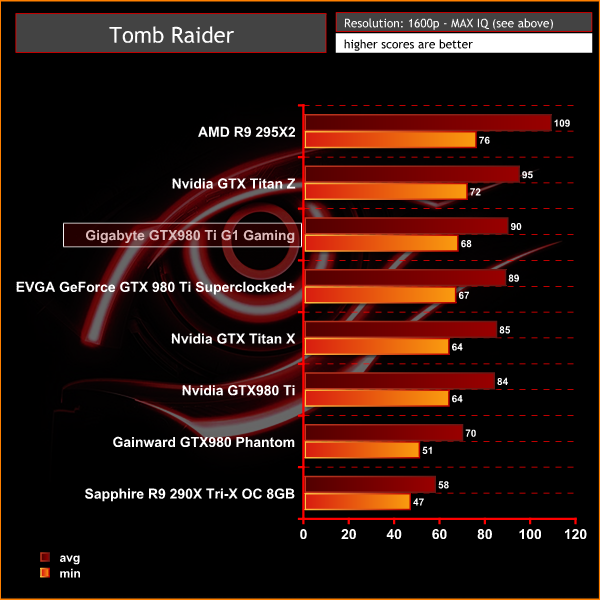 Tomb Raider is demanding at these settings, although the GTX980 won’t struggle. We can easily achieve a solid 60fps with the Gigabyte GTX980Ti G1 Gaming.