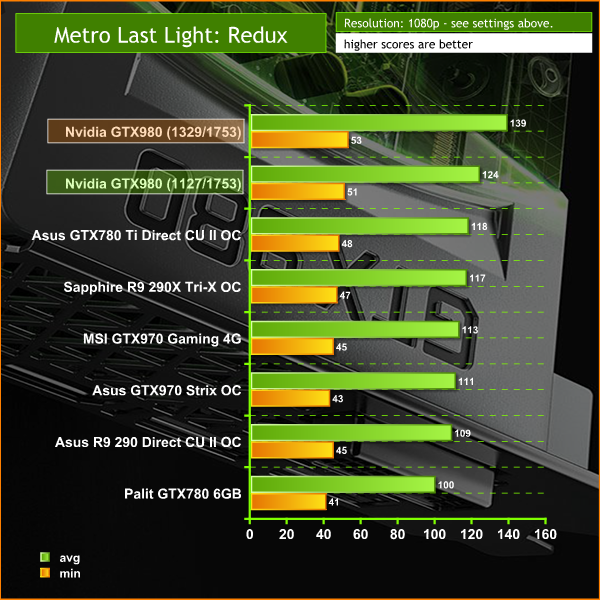 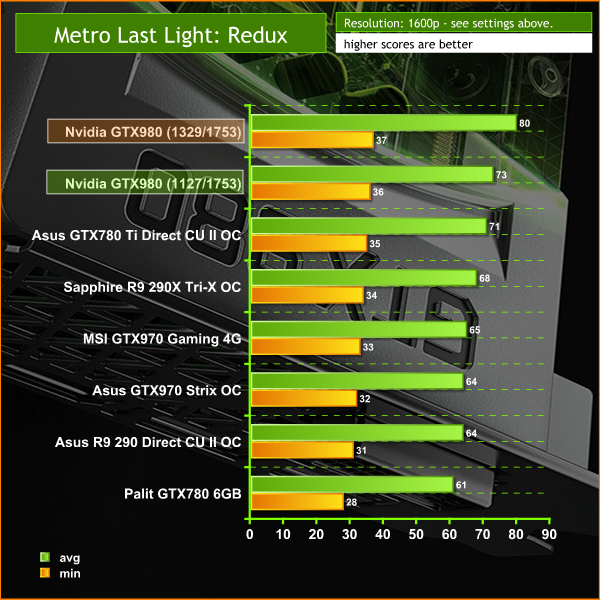 The new Nvidia GTX980 storms the top of the charts, especially when overclocked to 1,329mhz. At reference speeds however, the card manages to outperform the overclocked Asus GTX780 TI Direct CU II OC.