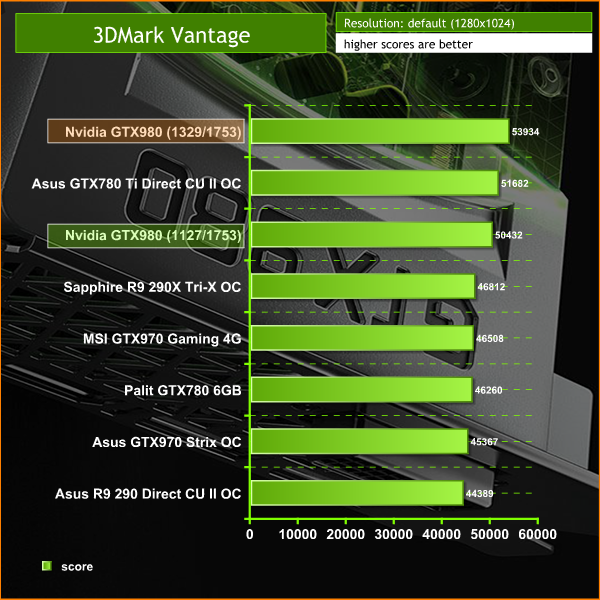 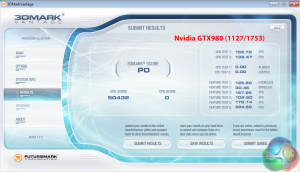 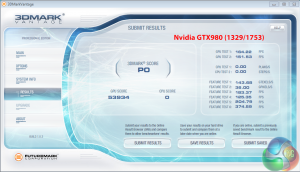 The Nvidia GTX980 at reference clock speeds is slightly outperformed in this older Direct X 10 benchmark by the overclocked GTX780 ti. When we overclock the GTX980 to 1,329mhz it moves way out in front – a good indication of what is possible when Nvidia partners release their custom overclocked solutions.