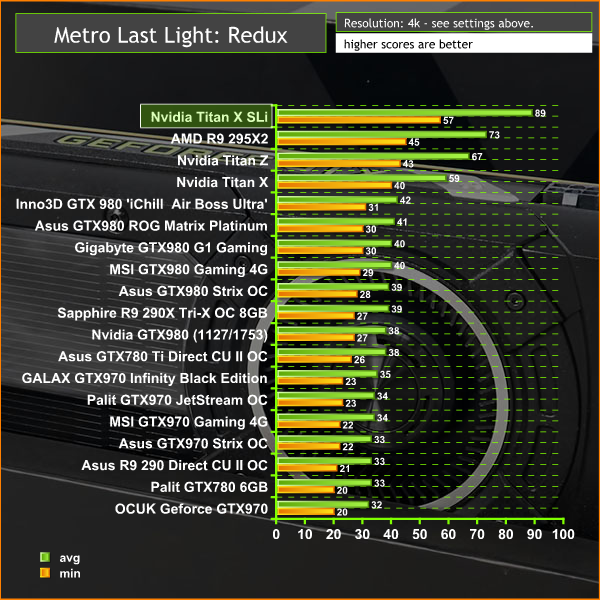 Ultra HD 4K separates the wheat from the chaff. The Titan X in SLI almost managed to hold a steady 60 fps+ at all times. Regardless the real world gaming experience at 4K was fanastic.