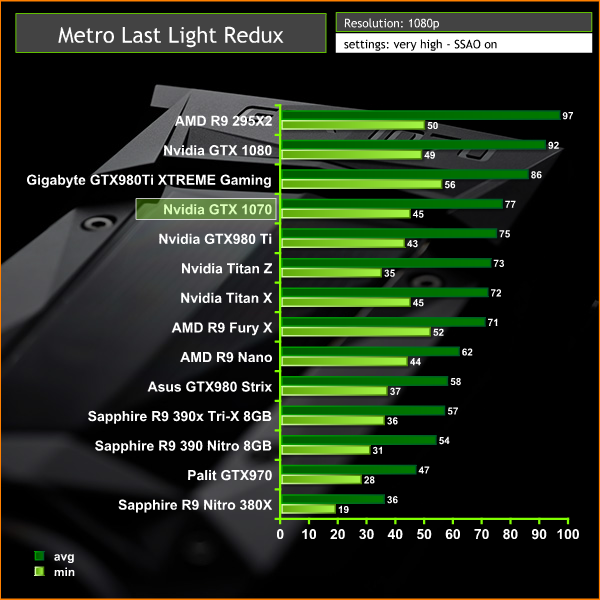 The GTX 1070 holds an average frame rate of 77, putting it slightly ahead of the reference clocked GTX980 Ti and around 9 frames per second behind the Gigabyte GTX980ti XTREME Gaming.