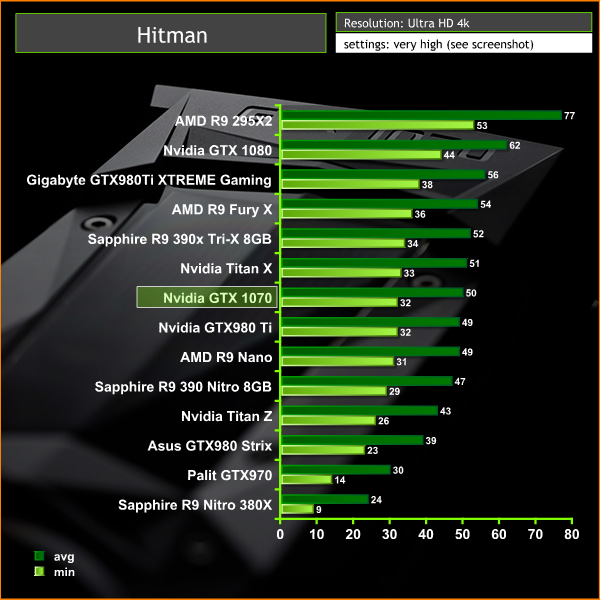 At Ultra HD 4k, the GTX 1070 drops down the chart a little, falling in behind the Titan X again, and closely matching the GTX980Ti.