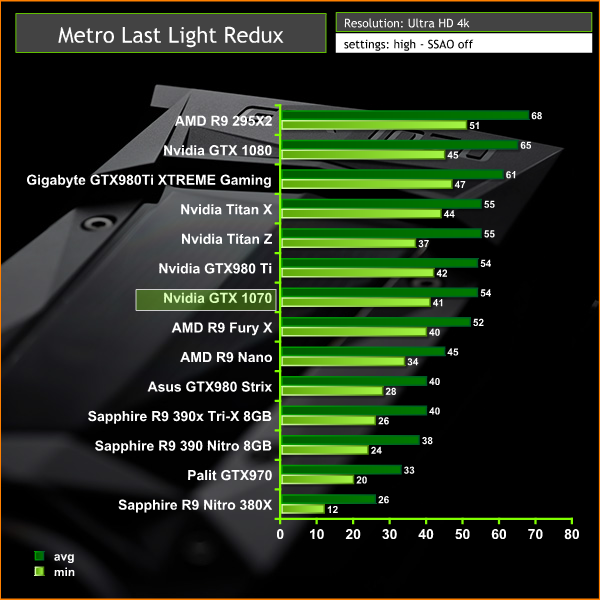 We drop image quality settings a little at 4K, otherwise the engine would be unplayable in a single card configuration. At these settings, the GTX 1070 almost manages to match the reference clocked GTX980ti, dropping only 1 frame behind.