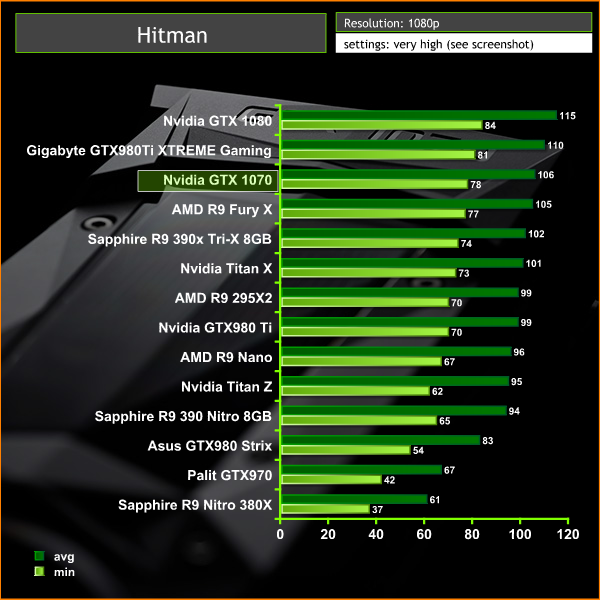 This engine runs particularly well on the high end Nvidia hardware as shown in our graph above. The GTX 1070 manages to sneak ahead of the Fury X at 1080p.