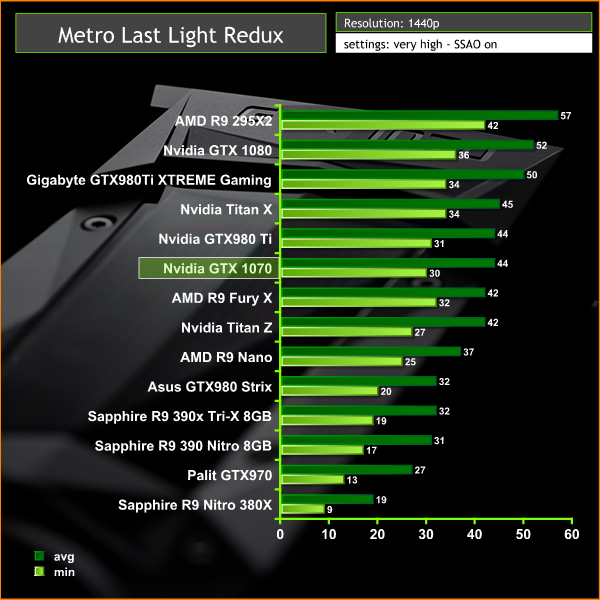 At these very high image quality settings, this engine is a challenge, even for the flagship cards on test. The GTX980 ti has the slight edge over the GTX 1070 at 1440p, although its marginal. The Titan X is slightly ahead of both at this resolution.