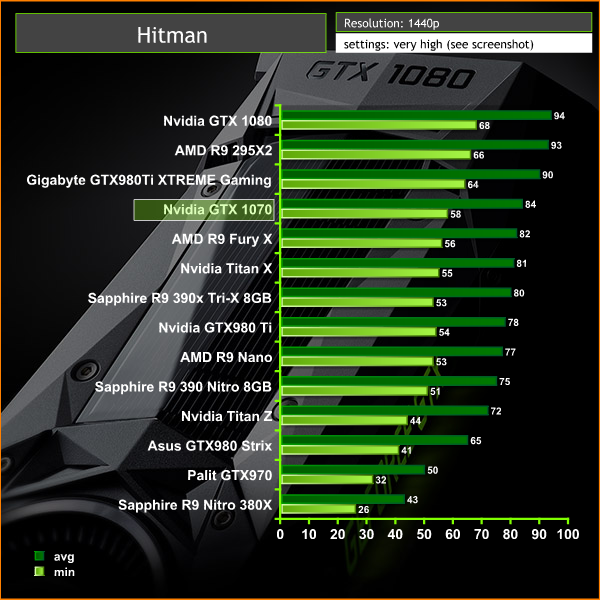 At 1440p, the GTX 1070 still holds a marginal lead over the Fury X, falling around 6 frames per second behind the Gigabyte GTX980ti XTREME Gaming.