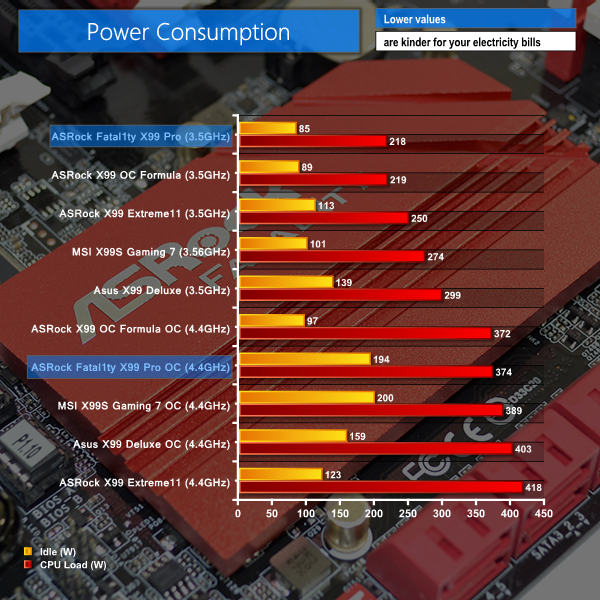 Load power consumption numbers when overclocked are still positive. The idle power draw, however, shows a huge spike and is larger than anticipated given the board’s similarities to ASRock’s own X99 OC Formula. One of the overclocked settings is preventing the CPU core voltage from dropping under low load, forcing increased power consumption numbers.

This ‘issue’ can be solved with adjusted overclocking settings that allow the core voltage and multiplier to drop under lower loads.