Firstly, we are pleased to report that our NZXT Avatar S mouse worked to its usual standard in the ASRock X99 UEFI. We’ve found our NZXT Avatar S to be the most troubling mouse with UEFI support, so when it functions correctly in the interface, that is usually a good sign for overall mouse support.

ASRock’s X99 UEFI is consistent across its motherboard line-up (hence our screenshots being taken from a previous review). There are subtle differences between the versions, the most notable of which is a different background colour depending on the motherboard’s series. The interface uses a 1920×1080 display resolution. 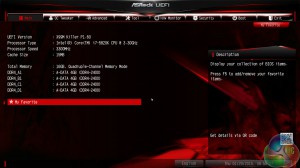 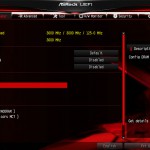 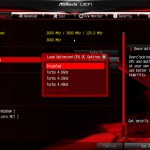 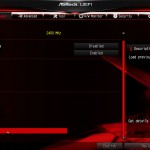 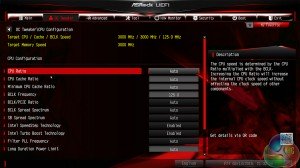 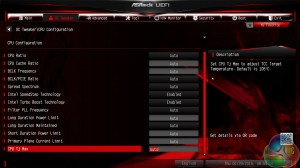 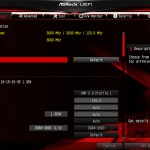 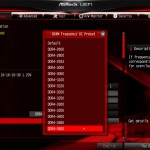 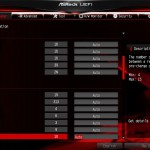 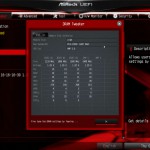 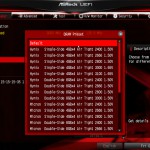 A large number of pre-tweaked (presumably by Nick Shih) overclocking profiles are included in the memory section. I would advise caution before loading any of the profiles as a test to see what your memory is capable of – anything more than 1.50V is particularly high for DDR4 and should be approached with caution. 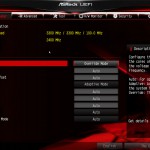 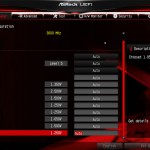 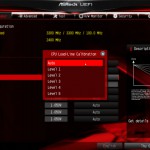 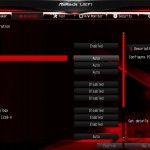 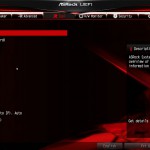 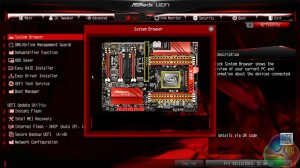 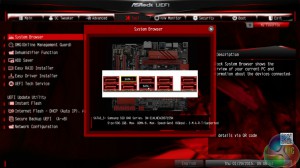 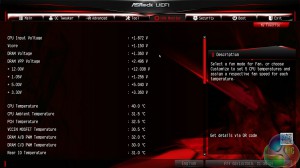 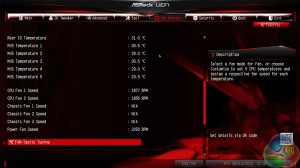 ASRock includes an extensive set of voltage, temperature, and fan speed readings on its HWMonitor page. This is where the pair of Nuvoton SuperIO chipsets and numerous board-placed thermal reading points prove valuable. 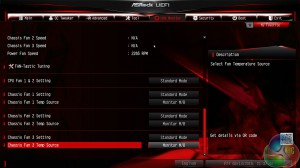 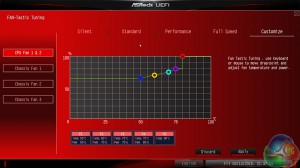 I was very impressed by the capabilities of the FAN-Tastic Tuning tool (the cheesy name, on the other hand…). The five-point curve can be adjusted to an individual’s preference with a large range of freedom; a CPU temperature as low as 30°C can be set, while the fan can run at 0% or 20-100% in 1% increments. And what is particularly impressive is the board’s ability to completely shut-off a controlled fan below a user-defined temperature threshold.