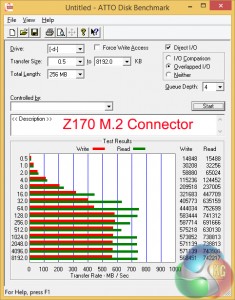 As expected, the motherboard’s M.2 speed capacity will not bottleneck a PCIe 2.0 x2 device such as Plextor’s M6e.

We experienced an odd issue with the ASRock motherboard whereby installing an M.2 device (be it PCIe- or SATA-fed) would result in a BSOD for our Windows 7 test system. The issue was not present when using Windows 8.1, so we can only assume that the issue lies with the now legacy (but still immensely popular) operating system. 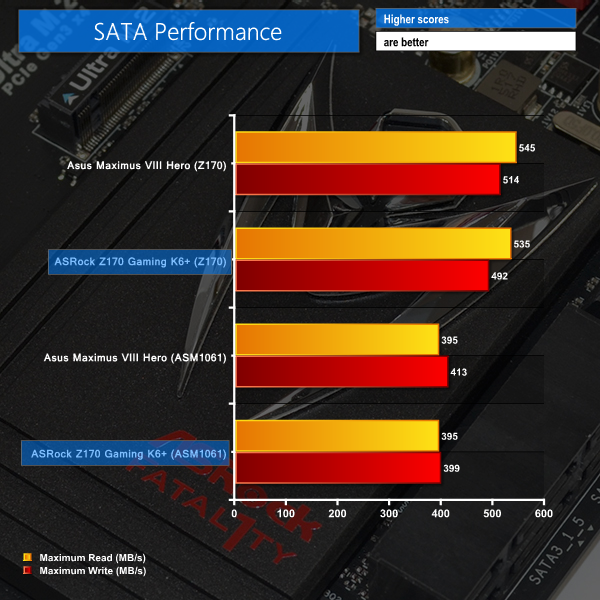 SATA 6Gbps performance from Z170 chipset ports is in the region that we would expect it to be.

Connectors provided by ASMedia’s ASM1061 controller should be used as backup or for slower mechanical storage devices. 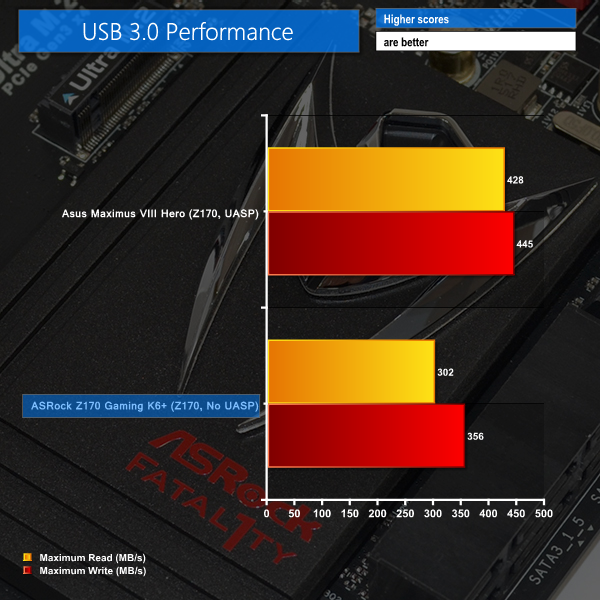 ASRock cannot match the USB 3.0 performance of Asus and the vendor’s UASP-enabling software for Windows 7. When using Windows 8.1 or Windows 10, the gap will be significantly reduced.

With that said, USB 3.0 transfer rates that surpass the 300MBps mark still translates into a strong result.

We looked at the performance of ASRock’s USB 3.1 solution on an X99 motherboard over here.