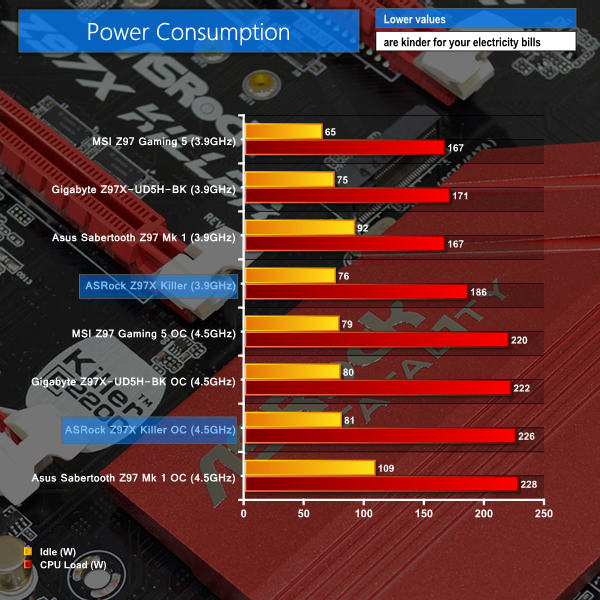 Due to its needlessly high MCT VCore of 1.28V, ASRock’s Z97X Killer shows poor efficiency at stock settings. The load power consumption is 19W higher than the next Z97 motherboard (Asus’ Sabertooth Z97 Mark 1) even though ASRock’s board is relatively scarce in regards to add-on controllers.

Overclocked power consumption numbers are in line with other Z97 motherboards. The recorded data would indicate that ASRock can’t quite match the efficiency levels shown by the Gigabyte and MSI boards.