Our sample of the ASRock Z97X Killer motherboard was sent directly from the factory in Taiwan, hence it was supplied without retail packaging or bundle. We have included photographs of the packaging and bundle sent to us by ASRock. 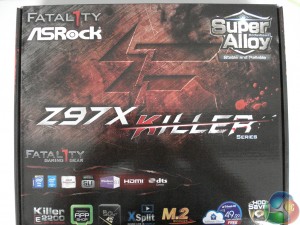 The front of the Z97X Killer motherboard’s box outlines a number of the key features, including the Killer E2200 NIC, M.2 connector, and XSplit license. 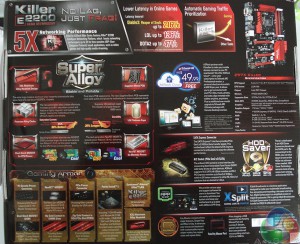 A more detailed set of specifications is outlined on the packaging’s rear side. Information regarding ASRock’s Super Alloy power components and gaming features are given precedence. 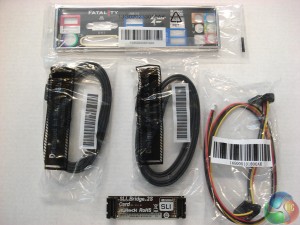 HDD Saver is a feature on ASRock’s Z97X Killer that allows users to control the operating state of their SATA hard drive, thanks to the discrete connecting cable. For example, the HDD can be switched off via software to aid security or drive longevity.

Unfortunately we cannot test out the feature as our sample was not supplied with the HDD saver cable. While we can see the cable’s potentially useful operation, many gamers will be quick to show their disregard for the ugly colours – a black cable would have been preferable.