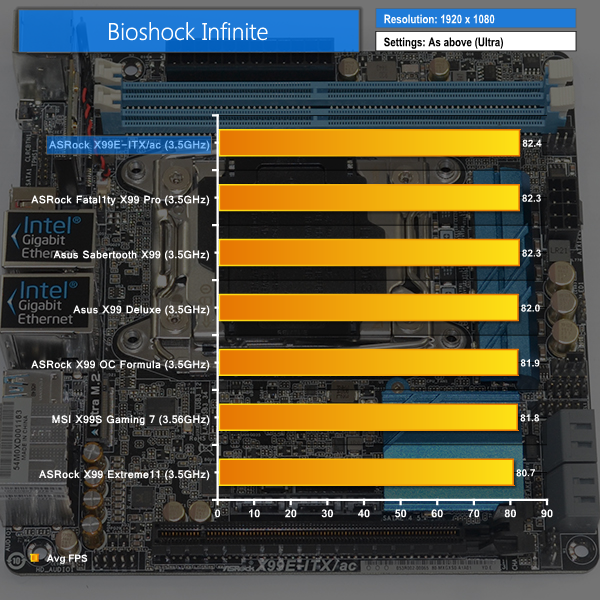 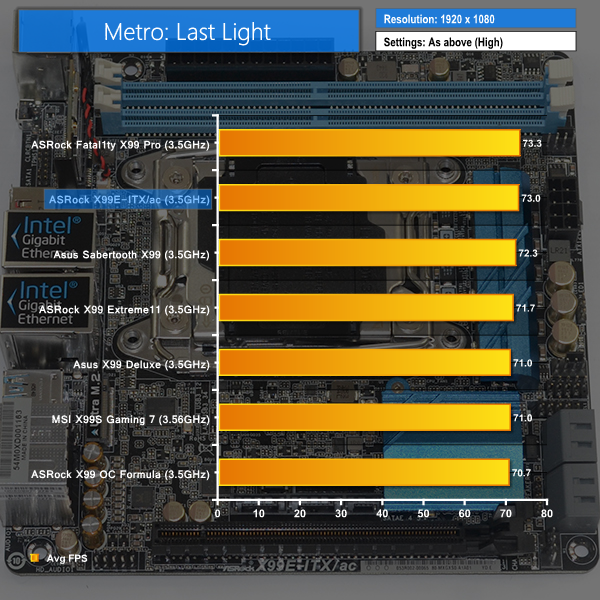 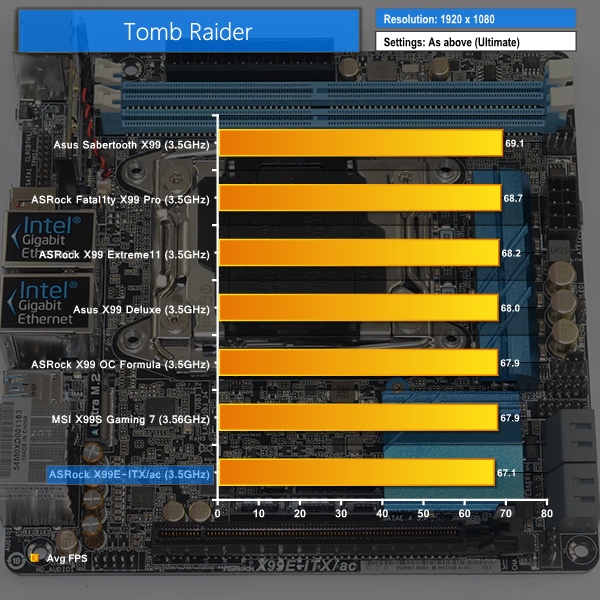 If gaming is one of your requirements from ASRock’s X99E-ITX/ac motherboard, you have no need to worry about its performance. The mITX motherboard holds its own in our Metro: Last Light and Bioshock Infinite tests.

We have observed Tomb Raider’s liking for memory performance in the past, and that is observed again with the small performance hit handed to ASRock’s X99E-ITX/ac motherboard and its dual-channel memory.