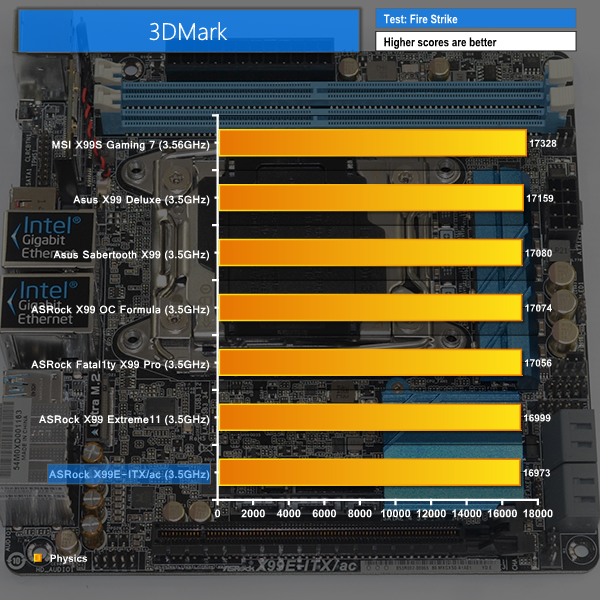 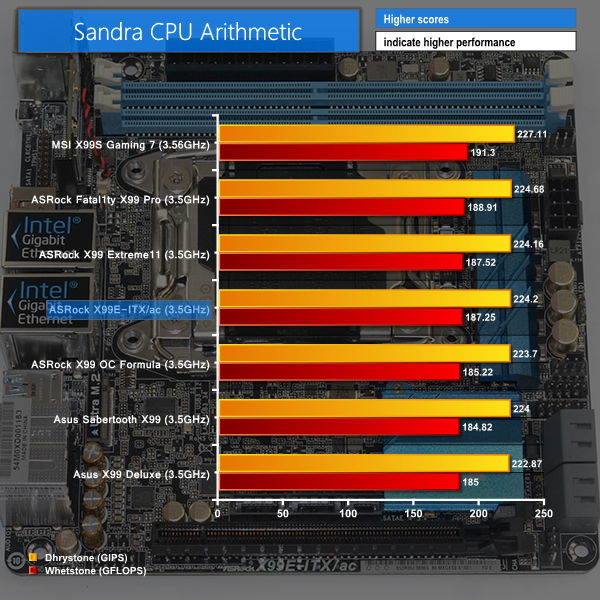 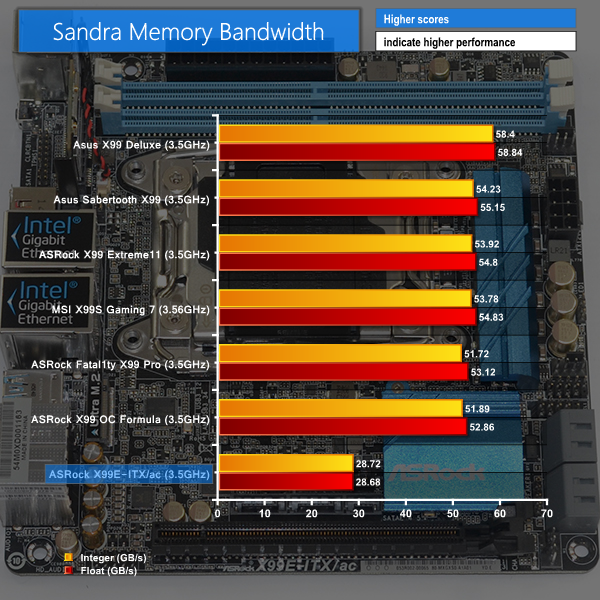 3DMark starts the set of benchmarks by giving ASRock’s X99E-ITX/ac a small points penalty for using 2400MHz dual-channel memory, rather than the 2666MHz quad-channel kit used by comparison motherboards. The last-place finish is only a narrow one, though.

The use of dual-channel memory results in a little over 50% of the memory bandwidth that the quad-channel kits offer. Almost 29GBps of memory bandwidth is similar to the levels seen on the Z97 platform with a similarly-clocked set of memory. The reduced memory bandwidth numbers may not translate into a real-world performance hit, though.

Sandra’s test proves that the X99E-ITX/ac motherboard’s CPU performance is as good as we would expect from any other LGA 2011-3 motherboard.