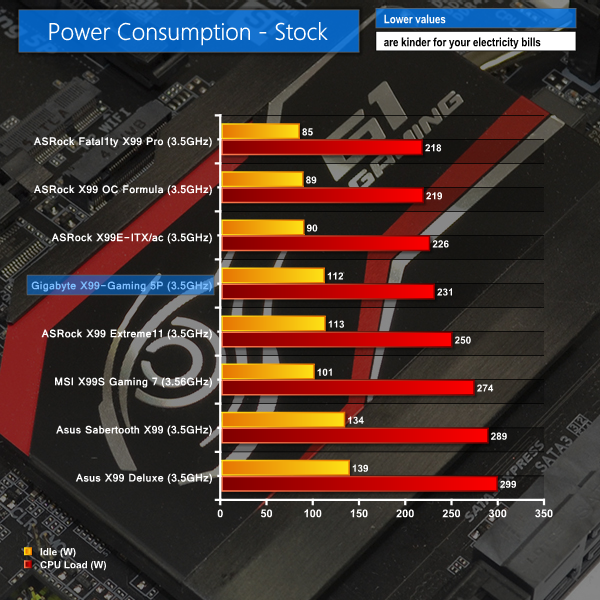 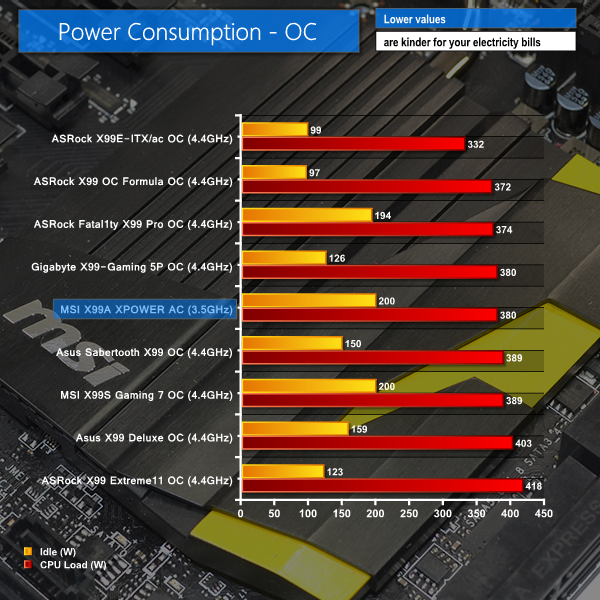 Overclocked power consumption delivers a biased victory for the X99E-ITX/ac. System-wide idle power consumption numbers stay below 100W, which is impressive, however the load energy usage seems significantly lower than competing boards due to the different voltage settings applied. Other overclocked motherboards were manually fed with 1.25V on the CPU cache when overclocked, however ASRock’s X99E-ITX/ac setting was not increased.