Asus’ Ratio First automated overclock resulted in a 3.9GHz CPU frequency, with memory set at 2133MHz. CPU VCore peaked at 1.168V, which is a level that can easily be tamed by even a modest CPU cooler. 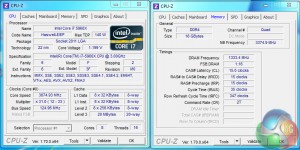 With adjustments to the BCLK and ratio, Asus’ X99 Deluxe delivered a processor frequency of 3.875GHz (31x125MHz) when all cores were loaded. Memory was clocked at 2666MHz.

To test the Asus X99 Deluxe motherboard’s CPU overclocking potential, we first increased the CPU VCore to 1.30V, Cache voltage to 1.25V, CPU Input Voltage to 2.00V, and System Agent voltage to 1.20V. We also enabled PLL overvoltage, disabled SVID support, and applied level 1 LLC. We decreased the DRAM frequency to 2666MHz to take its stability out of the equation. Cache frequency was maintained at 3.0GHz. 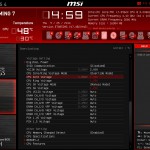 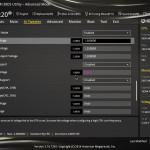 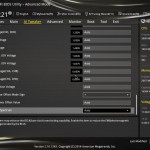 Despite Asus’ bold claims surrounding overclocking performance with its OC Socket, we didn’t have much luck in pushing our processor’s frequency. Prime95 stability topped out at 4.4GHz – anything higher and we would be met by a rapid BSOD. In our review of the 5960X CPU, we outlined how 4.4GHz would register a BSOD under Prime95 load, but further tweaking (disabling the SVID support which stops the processor interacting with the external voltage regulator)  allowed us to overcome the stability barrier.

We tried increasing CPU VCore to 1.325V, adjusting numerous power settings, pushing other voltages such as the PCH Core and System Agent, but we could not garner stability past 4.4GHz. Using a 125MHz base clock (which tied up with 3000MHz memory speed) gave us 4.375GHz, but one multiplier boost to 4.5GHz garnered instability.

Final attempts to break past 4.4GHz were taken by incrementing the base clock up 1MHz at a time, but even a 101MHz setting stopped the system from booting by delivering a CPU error. 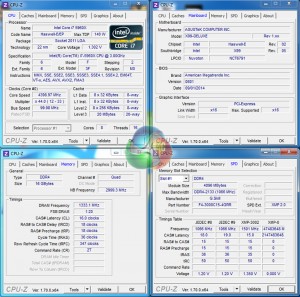 Seeing as 4.4GHz is not particularly high for a 5960X at 1.30V, we must emphasise that our stability measure is to pass at least 30 minutes of Prime95’s large FFTs mode. Once the configuration passes the initial 30 minutes, we run Prime95 for a more extended period to prove stability.

Other stability justifiers, such as running a benchmark or game, do not place as much stress on the CPU as Prime95 does, and will in turn result in higher clock speeds being registered as stable.

We must outline our positive experience with the Asus X99 Deluxe and our 3GHz G.Skill Ripjaws4 memory. Asus’ board is the only one that we have tested behind the scenes that was able to run G.Skill’s fast memory at its 3000MHz XMP profile without hassle. And that was done on the board’s pre-release BIOS.

That’s not to say that other vendors’ parts will not function with the G.Skill memory; their new BIOS profiles are likely to have been updated to accommodate 3GHz+ kits. But it does speak highly about the quality and engineering in Asus’ X99 Deluxe when it takes a task that other boards are finding difficult and completes it without issue.

It’s worth pointing out that Asus has spoken out about how OC Socket improves DRAM frequency performance. While we usually take performance claims originating from the company selling the parts with a pinch of salt, it’s hard to argue against Asus’ suggestions that OC Socket does aid memory frequency results.