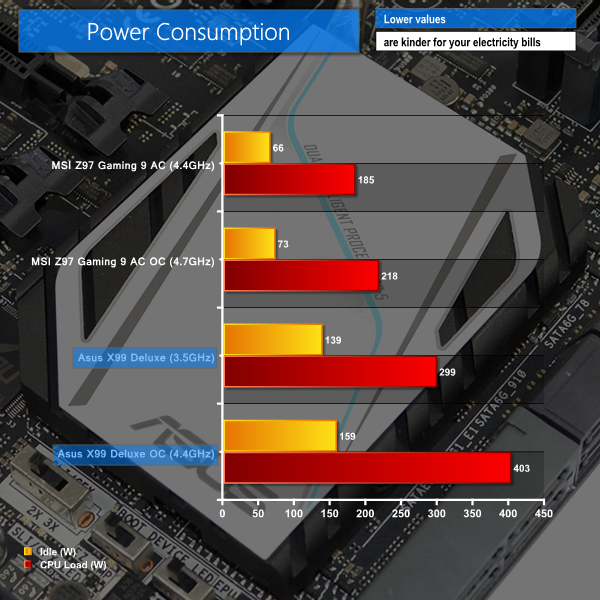 Irrelevant of the inherent efficiency of Intel’s Haswell micro-architecture, a chip with eight physical cores and 20 Megabytes of level 3 cache demands a considerable amount of power.

The increased CPU Vcore applied when overclocking results in a system-wide power draw of more than 400W when heavily loaded using Prime95.