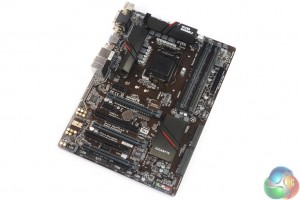 When XMP is enabled, many of the competing vendors’ motherboards automatically apply a CPU operating state that sees all cores running at their maximum turbo frequency (typically termed as Multi-Core Turbo, or MCT). Gigabyte, however, does not feature this setting on its Z170XP-SLI motherboard.

We manually overclocked the CPU to its maximum turbo state of 4.2GHz and set the cache frequency to 4.1GHz. This allows us to keep the performance results and testing configuration consistent with data from ASRock’s and Asus’ motherboards. 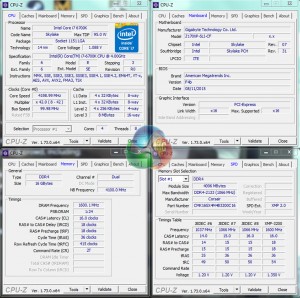 CPU-Z still has issues tracking the voltage levels of Skylake chips. AIDA64 showed that the processor was being delivered up to 1.296V when loaded in our manually-set ‘simulated’ MCT state. The VCore value was dropped to around 1.21V using out-of-the-box settings.