Since the introduction of the LGA 1155 Sandy Bridge processors, Intel has steadily been relocating many of a system’s features onto the CPU itself, and away from the motherboard or chipset.

Haswell is just the latest architecture to see many of the critical system operations handled by the processor. As such, benchmarking a motherboard becomes more of a test to certify that the part operates correctly and meets the anticipated performance levels. 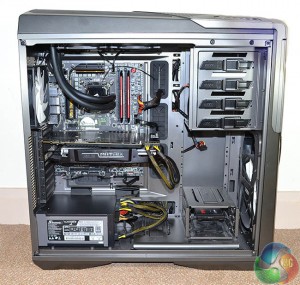 Performance of the Gigabyte Z97X-UD5H-BK motherboard will be compared to that of two other Z97 parts. All motherboards are partnered with identical hardware and software, so the results are directly comparable. 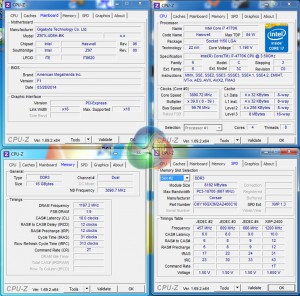 By default, the Gigabyte Z97X-UD5H-BK motherboard applies multi-core turbo (MCT) and forces the 4770K to a constant 3.9GHz when XMP is enabled. This will be displayed as the ‘stock’ setting in the charts.

Note: Shortly before this review went to publication, we worked with engineers for one of the motherboard vendors and discovered that the latest version of CPU-Z currently has issues reading real-time voltages with the Intel processor’s default power saving modes enabled. As such, we would recommend using the motherboard’s specific software. We will update our testing and monitoring procedures accordingly in future reviews. 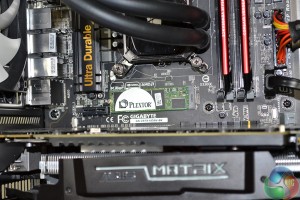 Support for the PCIe-based M.2 storage interface is one of the key features for the Z97 chipset. We use Plextor’s ultra-fast M6e 256GB M.2 SSD to test the speed of a motherboard’s M.2 connector. We reviewed the 512GB Plextor M6e (and its PCIe x2 adapter card) HERE.

Gigabyte adds another motherboard to the Aorus Waterforce series