Although buyers of this system are unlikely to use it to play high-end, AAA titles, that does not mean that some older games and those with a lower threshold might not be fun. To see how it performs within a gaming scenario, we ran several gaming benchmarks to give us an idea of raw performance, and then played some other games over several hours to see how they felt during play.

For this test we used the built-in Tomb Raider (2013) benchmarking utility, with the following basic settings: 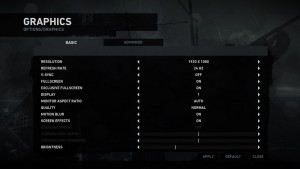 “Default” and “High” settings for this test were as follows: 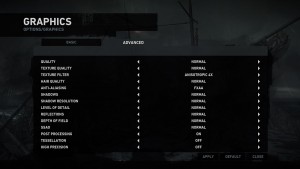 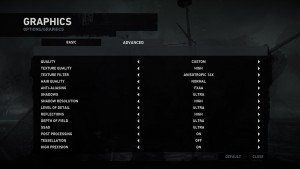 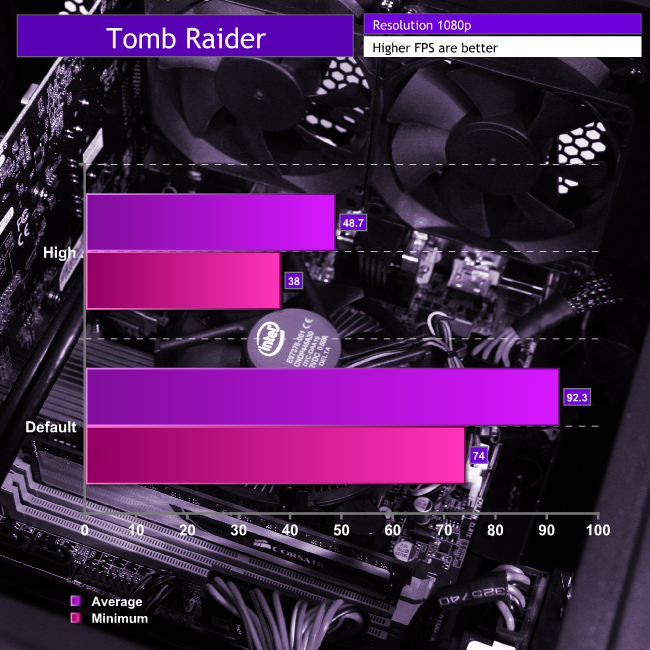 Even though this game is almost two years old at this point, when released it was one of the more graphically intensive games available. The fact that this entry-level system can play it at near-full specifications and can still achieve an average of well above 30 frames per second is a great credit to it. 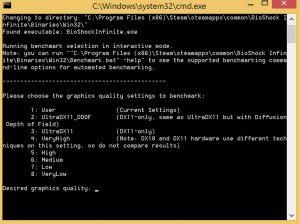 For this we used the built in Bioshock Infinite benchmarking utility, set at “High” and “UltraDX11_DDOF” settings, both at 1080p resolution. 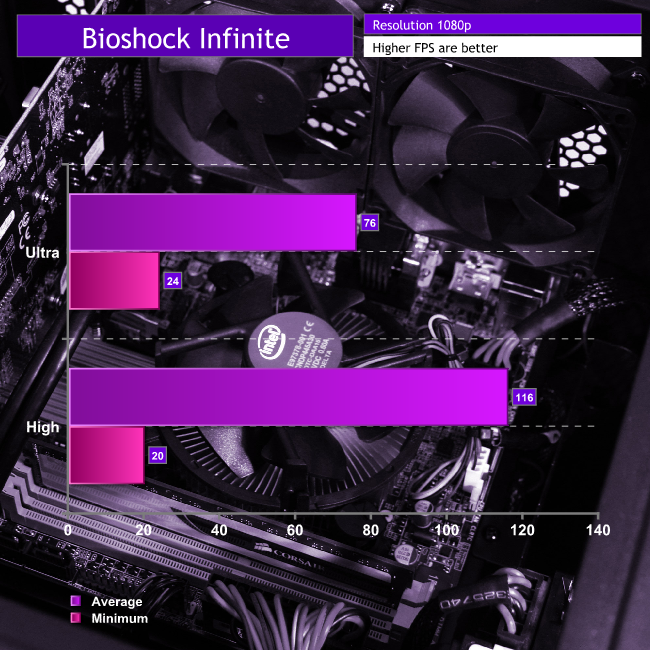 It is worth noting that despite the minimum frame rate on both tests resulting in a sub-30 FPS, this only took place in the very busy raffle scene. While we can’t guarantee you could play through the entirety of Infinite with this system without running into some stuttering issues, for the most part this very pretty game should run fine on even reasonably high settings throughout most of the campaign.

While the other games benchmarked above are a little older and of the AAA caliber, Heroes of the Storm is more contemporary and geared towards a more mainstream audience, making it a fitting test for a machine like the Fusion Scythe 2. This test is a little less synthetic than the others, since it does not have a built in benchmark.

We measured the frame rate of entire games using the same characters on the same maps, so while the moment to moment frame rates may differ, the overall average rate throughout the 20 minute or so games should be quite noteworthy. 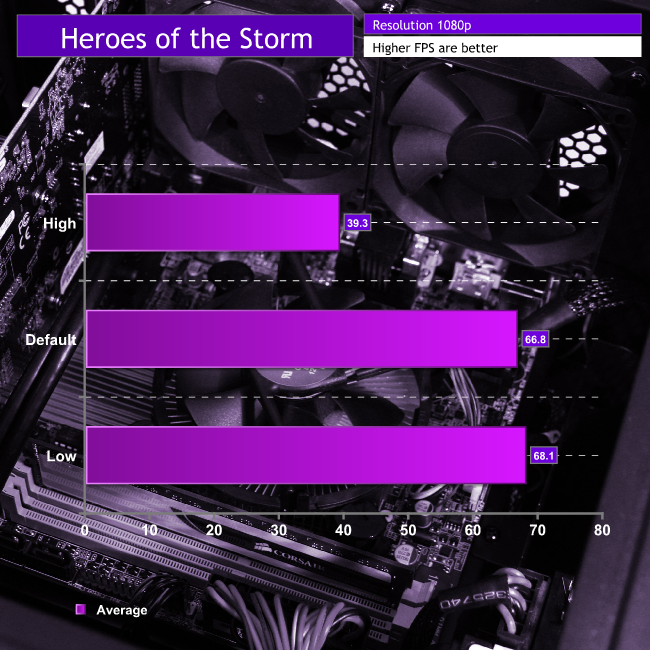 Unfortunately, as much as the game was playable at pretty decent detail levels, it suffered a fair bit of stuttering, where the frame rate would disappear every five to ten seconds. Some of that was still present at the “low” settings,” but for the most part the game was very playable, so while imperfect, this is easily a game that someone using this system could play competitively.

Others games tested as part of a real-world usability scenario included Age of Empires 2 HD, which performed flawlessly until 500+ units were present in the world and then it all began to slow down. Smaller games, or slightly below high-end visuals may improve this, but for the most part its entirely playable.

We also found indie titles like Don’t Starve (and its Multiplayer “Together” mode), Talisman, Banner Saga all perfectly playable. They should be, as none are graphically intensive, but it shows that if while there are some pretty high end experiences that you can play with this PC, it also handles everything a low-tech visual game can throw at it.