To make sure that the Chillblast Fusion Scythe 2 is not getting too toasty with its stock cooling solutions, we took temperature readings of its main components during idling and high-load scenarios. We also measured power draw during those same instances to see how much you can expect to spend running this system.

To load it, we ran two instances of Prime 95 and the Furmark burn in test simultaneously. While this is far in excess of the load even intensive games are likely to put on this system, this is a good way to make sure that whatever the scenario the Scythe 2 will stay within safe temperatures.

Ambient temperatures were maintained at a steady 21 degrees celsius. 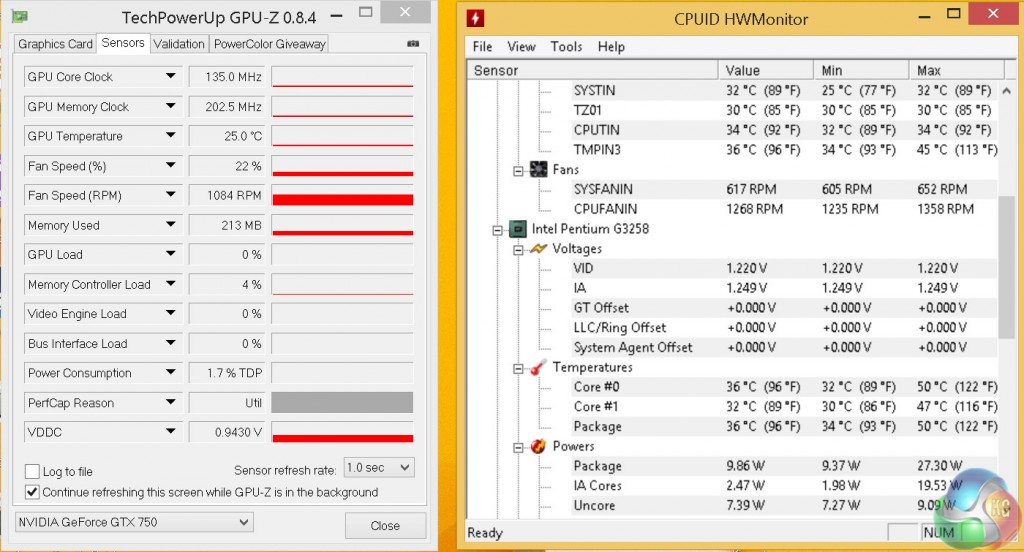 At idle, everything on this system is running at very comfortable temperatures. 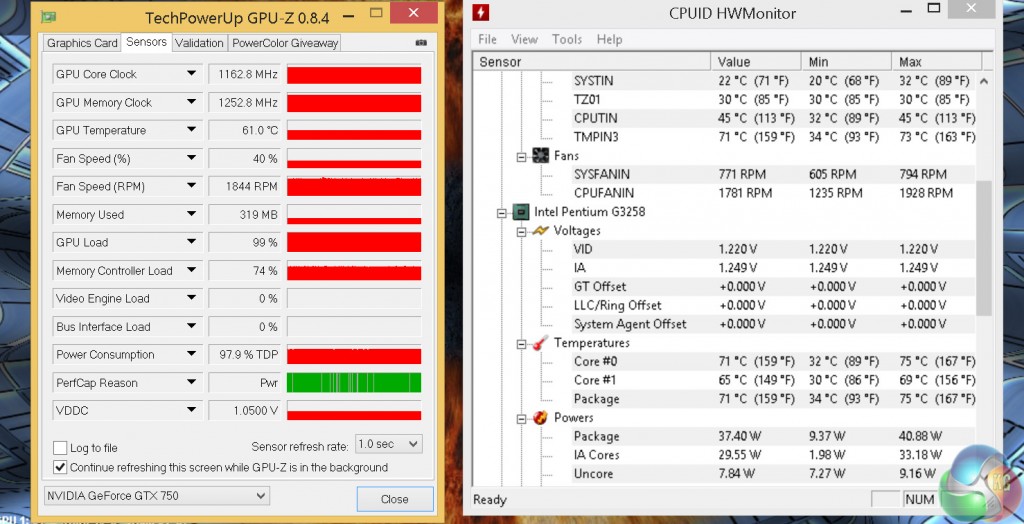 Although the GTX 750 has no trouble staying well within safe margins (so much so in-fact that the fan barely spins up even when it’s been at near 100 per cent for over half an hour) the CPU is edging towards mid 70’s – pretty much what we would expect with a reference Intel cooler fitted. Because of this I would not want to attempt any more aggressive overclocking unless this system was re-equipped with a more robust cooling solution.

Temperatures could also be improved by adjusting the system fan controls in the UEFI BIOS, as at default they are set to silent. However a stronger CPU cooler would be a much more effective way of improving the temperatures, without increasing noise.

To see how much a system like the Fusion Scythe 2 would cost you to run, we took wattage measurements from the wall during different scenarios: when idling, when watching media online and running several local programs, as well as gaming. 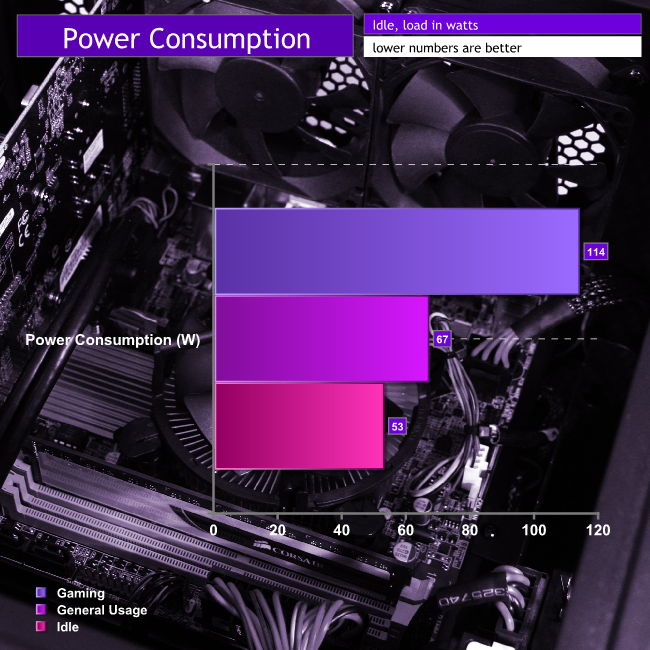 Power draw for this system is low, even when gaming, so it shouldn’t be too expensive to run regularly if needed.

Although we ran the Fusion Scythe II through a number of different games to see how capable it was in that regard, they are not all this machine was designed for. While it might be entry level, it must be capable of dealing with general office tasks, web browsing and media viewing.

Fortunately then, those are tasks it performs very well.

The system can become a little stressed when watching high-definition video, but it doesn’t stutter. Moving around the internet with various tabs and browser windows open is similarly comfortable. SSD users will miss the instant opening and closing of software you get with those systems, as this one does have a spot of HDD lag when you do the same. It is not too noticeable, but an SSD is one of the first things I would upgrade this system with if given the chance.

When it came to more intensive programs like Photoshop, I was really impressed with how well the Fusion Scythe 2 handled it. Filters applied to giant 4K images were finished almost instantaneously and the 4GB of system RAM was still not entirely utilised after I opened 20 of the same images and ran multiple web browsing tabs in the background, along with a 1080p 60FPS Youtube video. Yes, not all of this operated smoothly and if you are trying to do more than one or two tasks at once, you will notice the lack of cores on this machine, but again, it is an entry level PC and for the modest asking price it performs very well.

The Fusion Scythe II is a fairly quiet system and under full load conditions only emits a low volume of noise – mainly from the Intel stock cooler. However silence enthusiasts and those that have spent time soundproofing their system will not appreciate the use of a stock Intel heastink fan combination on the CPU. A simple change over to an ARCTIC cooler at around £20 wouldn’t be too tricky at a later date, and would help to reduce noise.