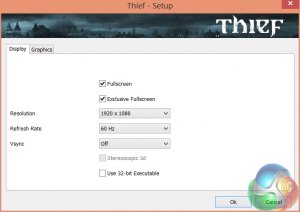 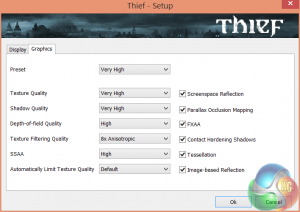 We test at 1080p with the highest image quality settings (very high). 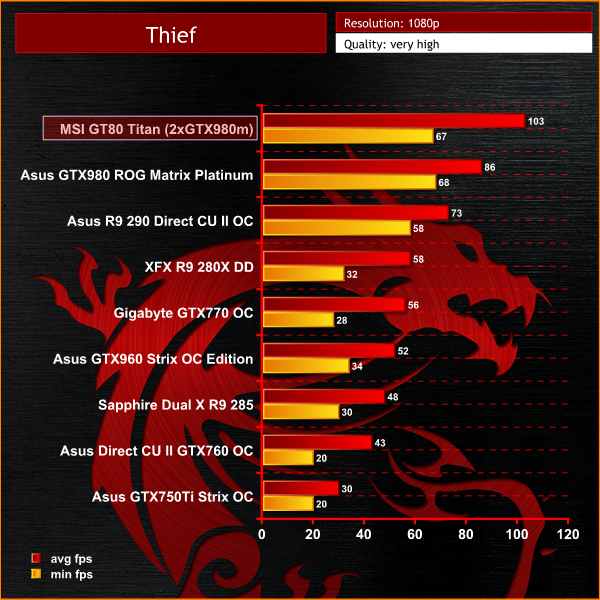 At 1080p, the dual GTX980m’s deliver crazy frame rates, averaging 103 frames per second – significantly ahead of the single desktop GTX980.