For our testing today we are converting a 1.43 GB 720p MKV file to Apple Mp4 format for playback on a portable device using the Apple preset. This is a common procedure for many people and will give a good indication of system power.  Hardware acceleration was enabled to give you a good idea of system wide real world performance. 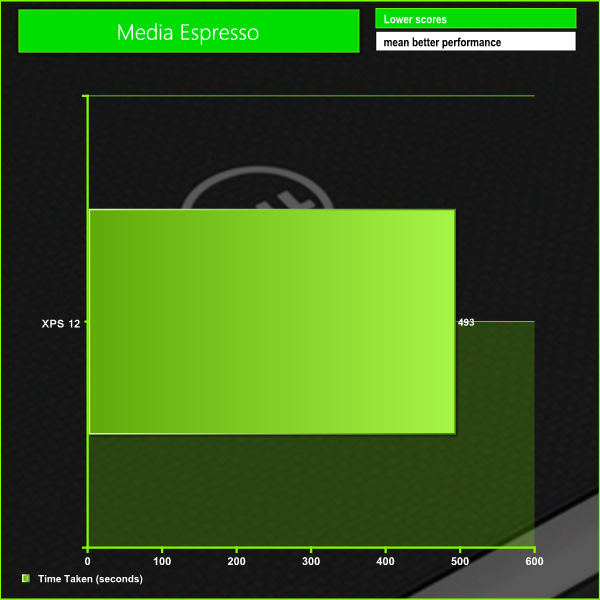 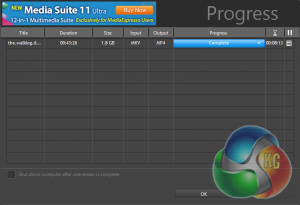 A decent score for the system in this test, showcasing its real world performance ability.