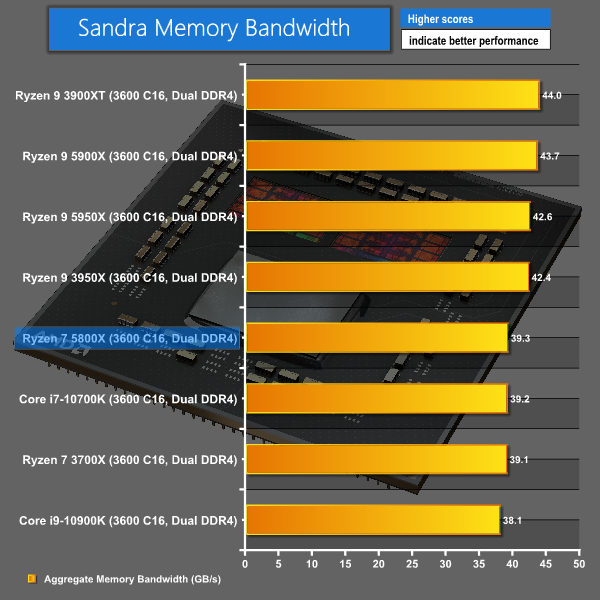 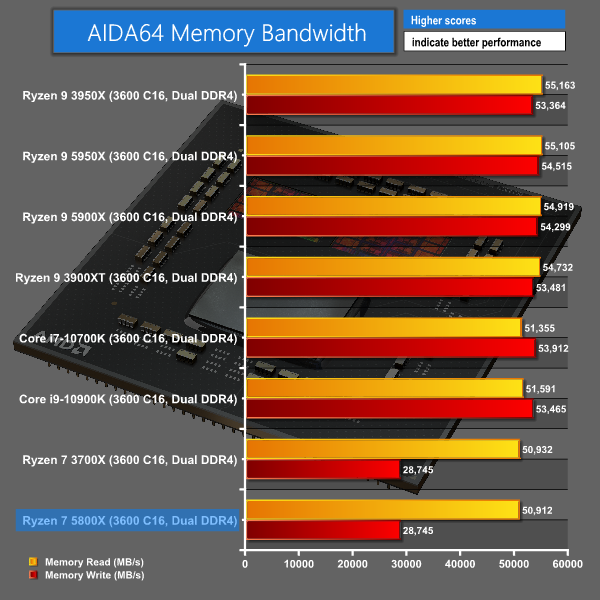 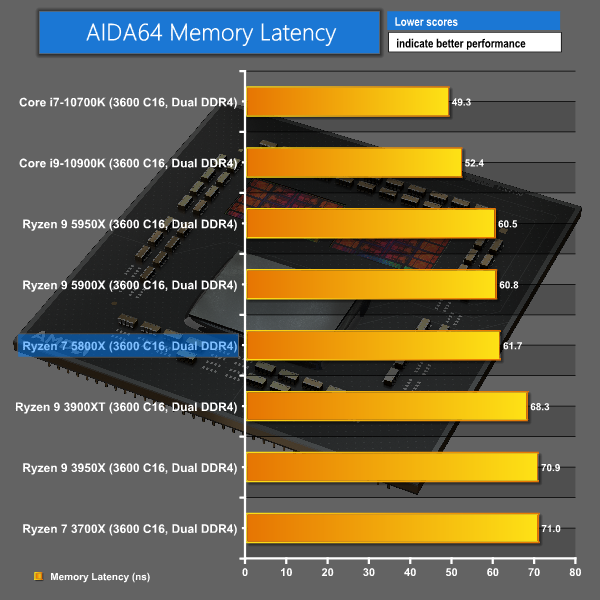 Memory latency versus Zen 2 continues to show improvement, even with this single-CCD Zen 3 part.