There are a number of different users and audiences who will be interested in Devil’s Canyon’s overclocking characteristics. Some people will be interested in the maximum 24/7-stable overclock they can achieve with no more than a voltage and multiplier bump. Other users will search for an optimal balance between core frequency an operating voltage.

Furthermore, there will be those who are interested in nothing but raw performance and maximum clocks, irrelevant of heat and CPU lifespan.

We will overclock Devil’s Canyon in a number of manners to analyse our sample’s important characteristics and tendencies, such as: increased voltages, thermal loads, and core frequencies.

We are using an engineering sample processor provided by Intel, so if past data is anything to go by, the behaviour of our chip may differ from that of a retail part. Hopefully we will also have the chance to produce a comparison with a retail Devil’s Canyon processor in the near future.

Keen to find out exactly what our chip was capable of, we set high voltage and power settings and strived to find our 4790K’s overclocking limit. 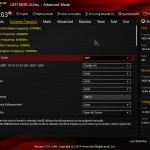 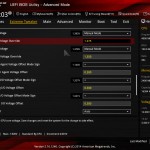 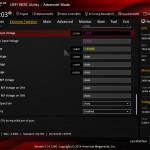 Our voltage levels were far from optimised but they were intended to remove limiting factors from our chip’s frequency potential. 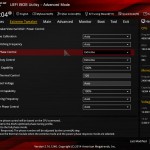 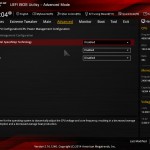 Hitting 4.7GHz was simple, but 4.8GHz was where trouble started to occur. After many hours of tweaking settings, optimising voltages, and recording temperatures, we simply could not achieve a 4.8GHz overclock that would run more than 10 minutes of Prime95. Even a load voltage of 1.408V would not give us stability, despite temperatures staying below 85°C.

We switched to the 125MHz base clock configuration and tested at 4.750GHz to see if a lower CPU core ratio could provide stability. The setting could pass a few minutes of Prime95, but it was not completely stable for extended periods of time.

Unlike Haswell, high temperatures were not the limiting factor in our overclocking results – at no point did we break the 90°C barrier. 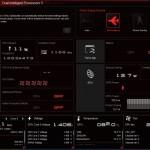 While the maximum temperature remained under 85°C when running Prime95, we would not be happy to put such high voltage levels through our own processor for anything other than a handful of benchmark runs.

Our ‘quick-and-easy’ overclock testing consists of a simple voltage boost to a few key parameters, followed by incremental increases in multiplier ratios until we reach the processor’s peak frequency.

This is a typical overclocking method used by gamers and users who simply want the highest 24/7 stable overclock that their system can reach without considerable time and effort being input. 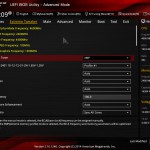 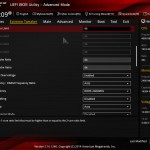 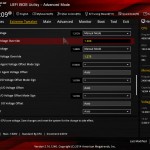 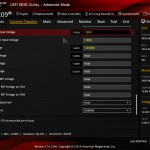 The settings that we used for our quick-and-easy overclock consisted of: 1.30V VCore (peaked at 1.328V under load), 1.275V Cache voltage, 1.90V Input voltage, and ‘auto‘ load-line calibration. XMP was enabled, as was PLL overvoltage, and the cache ratio was maintained at 44x.

We feel that these settings represent safe voltage levels for the demands of a gamer when used with a strong CPU cooler. 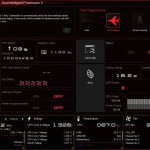 The highest overclock that we could achieve with simple voltage and multiplier adjustments was 4.6GHz. Temperatures were sufficiently low using our Corsair H100i, but we still desired a lower voltage level with the same clock speed. This is where our fine-tuned tweaking session began.

Having found the maximum frequency that our chip is capable of without too much effort, we spent further time tweaking settings to reduce operating voltages.

This is a typical approach adopted by users who understand their chip’s abilities and look to fine-tune their overclock to ensure that a strong balance between voltage (hence heat and lifespan) and operating frequency is met. 24/7 stability is critical for a tweaked overclock, hence our configuration must pass at least 30 minutes of Prime95 stress testing. 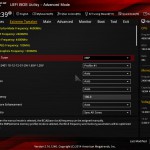 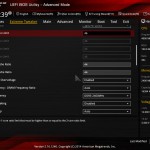 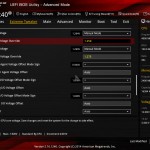 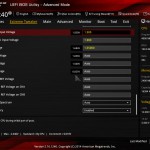 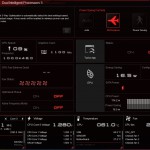 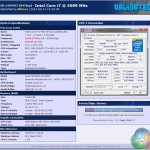 The lowest voltage that allowed us to maintain Prime95 stability at 4.6GHz was a BIOS-set 1.250V, which typically operated at 1.264V in the OS and topped out at 1.280V when loaded. Thermal loads were easily tamed by our Corsair H100i CPU cooler and shouldn’t cause many issues even with lower-cost, mid-range models.

We will use the above settings to obtain overclocked benchmark data for the 4790K.

Let’s speak a little about processor degradation. It’s a fact of life with electronics and is not something that we can hide from, but how it can affect each individual chip or even series of processors can be very different.

Through our first bout of testing, we had no problem breezing straight up to 4.7GHz with our ‘quick-and-easy’ voltage settings. Prime95 gave us stability after running for 15 minutes and temperatures stayed well below 75°C. Thinking that we had found our chip’s limit without changing voltage settings, we went on to check its maximum frequency with higher voltage levels.

Now it was time for the real problems to show their face. After settling for 4.7GHz using high voltage levels, we reverted back to our previously-stable 4.7GHz ‘quick-and-easy’ overclocked settings. Much to our surprise, the stability that was previously shown in Prime95 had disappeared. The reason? We would wager that accelerated degradation had something to do with it.

From what we can tell, the 4-6 hours we spent torturing our chip into (unsuccessfully) providing stability at 4.8GHz (with voltages as high as 1.408V) resulted in a surprisingly rapid decrease in its overclocking potential. Chip degradation can indeed dictate the requirement for higher voltage levels at an identical clock speed, but seeing the onset of this effect after a handful of hours was slightly worrying.

Obviously with just a single engineering sample at hand, we cannot confidently say that voltage-induced degradation is going to be an issue for Devil’s Canyon. But if our results are anything to go by, that shiny new overclocked processor may need to be cranked down a multiplier level after a relatively short period of time.