Performance-wise, we expect the Core i7 4790K to act exactly as a speed-bumped 4770K would. After all, architectural changes have not been implemented on the new processors.

The big difference is that Intel is claiming that the Devil’s Canyon parts should be able to operate at noticeably lower temperature levels than the constrained Haswell predecessors. 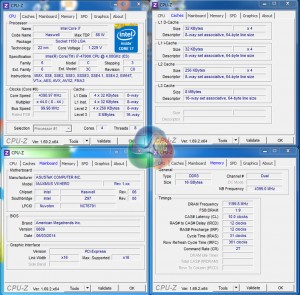 When XMP is enabled, many LGA 1150 motherboards apply multi-core turbo (MCT) which forces a processor to continuously operate at its maximum turbo level on all cores. This will be displayed as the ‘stock’ setting.

While this is perhaps not the most accurate representation of ‘stock’ performance for a processor, people buying this kind of chip are likely to be using high-speed XMP memory kits. By that logic, testing with MCT enabled is arguably more representative of real-world performance. 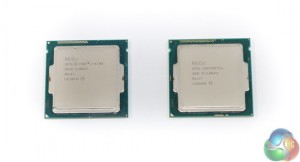 We will be outlining the 4790K Devil’s Canyon processor’s performance to that of its predecessor – the Haswell Core i7 4770K CPU. Both chips will be compared at stock and maximum overclock speeds. Small portions of data for the 4770K are plucked from our review of the Asus Sabertooth Z97 Mark 1 – a Z97 motherboard that is almost identical to the Maximus VII Hero in terms of performance. The results are directly comparable. 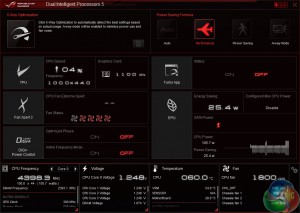 CPU-Z tends to only read the BIOS-set voltage and doesn’t take load-line calibration effects into account. As such, we relied on the monitoring tool found as part of Asus’ AI Suite software.

The Maximus VII Hero sent the 4790K around 1.23V at the MCT settings. Load voltage peaked at 1.248V. A different voltage level more in line with Intel’s reference specification will be set if MCT is disabled. 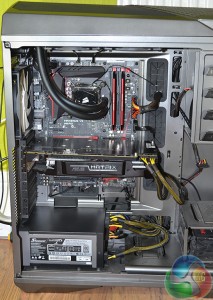