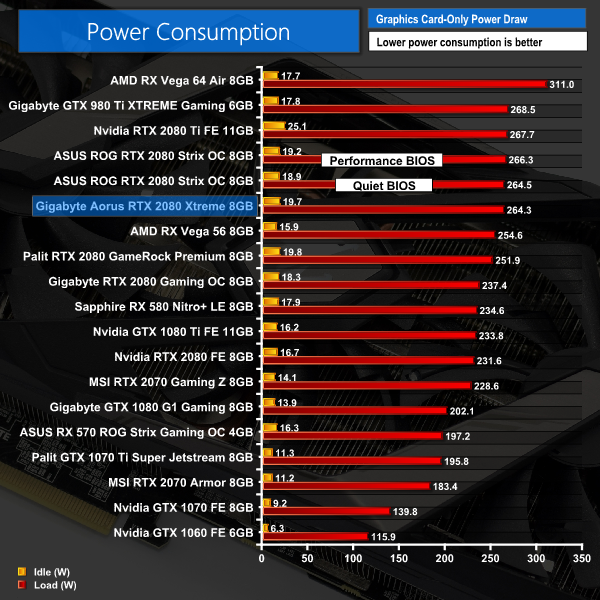 Power consumption levels are more of what we would expect – it is a heavily factory overclocked card so around the 264W model really is par for the course. You can also see just how close it is to the ASUS ROG Strix 2080 – another factory overclocked model – in terms of power draw.