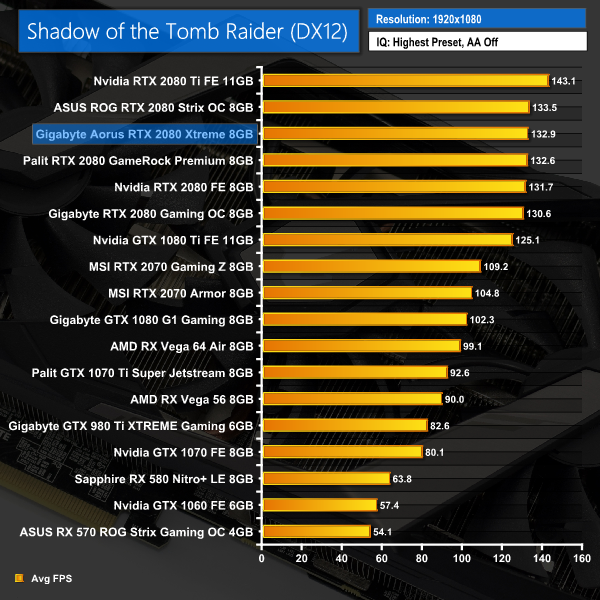 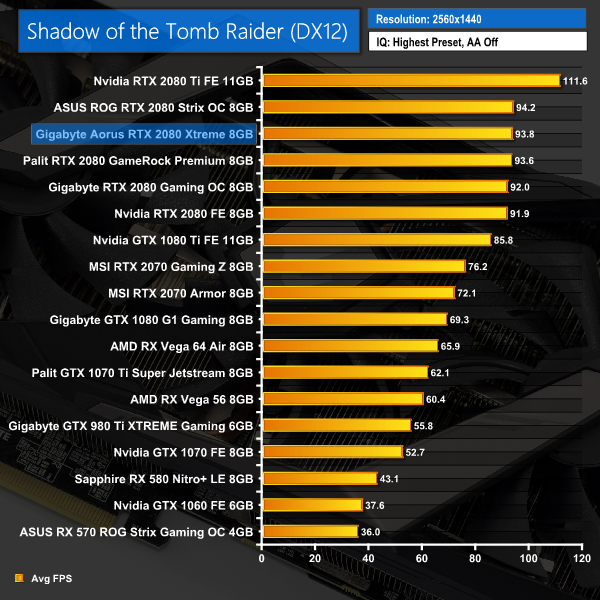 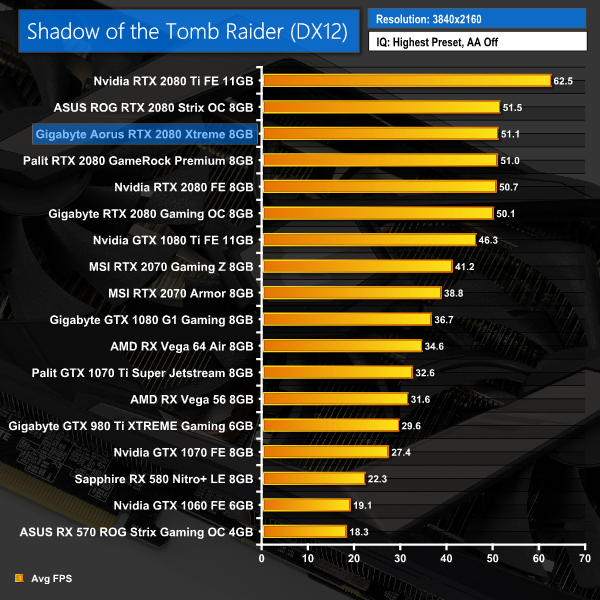 Our last game on test today, Shadow of the Tomb Raider again has the Aorus just ahead of the Palit GameRock Premium (even if it is merely 0.1FPS faster at 4K resolution), but still just behind the ASUS ROG Strix.