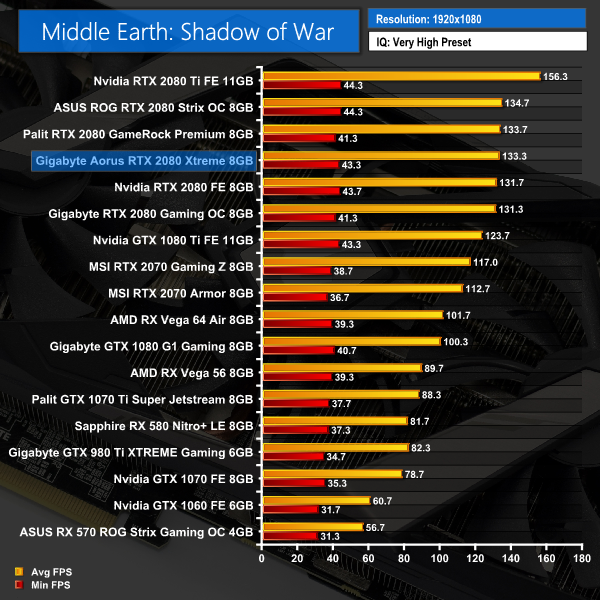 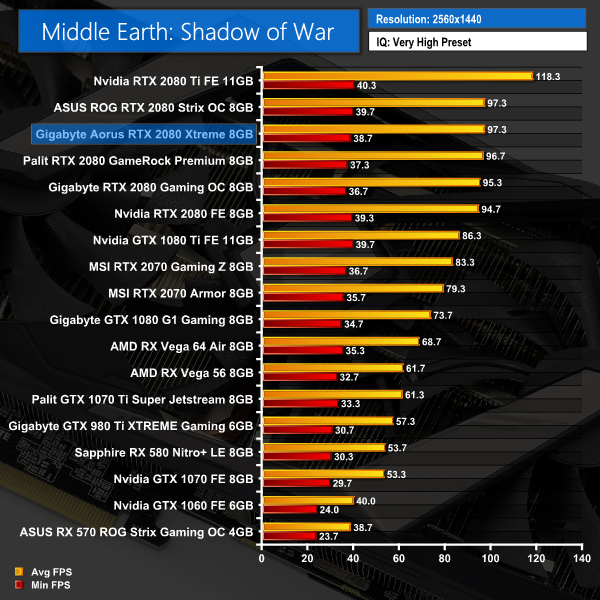 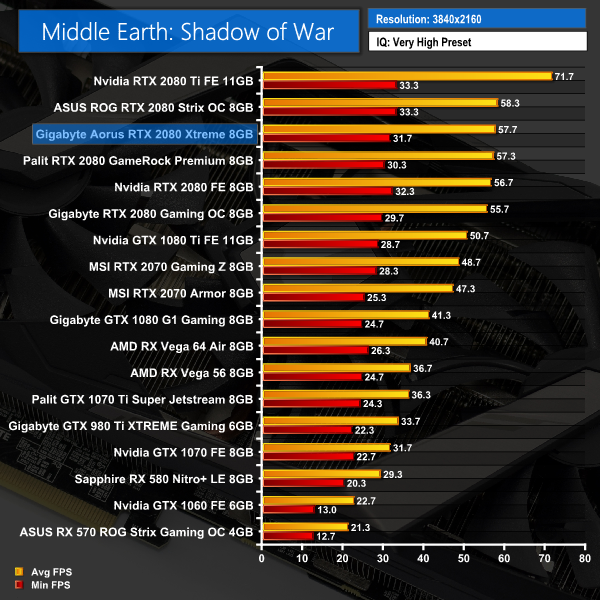 At 1080p when playing Middle Earth: Shadow of War, the Aorus falls just behind the Palit RTX 2080, but at both 1440p and 2160p it just edges ahead. The ASUS ROG Strix card, though, is still marginally faster.