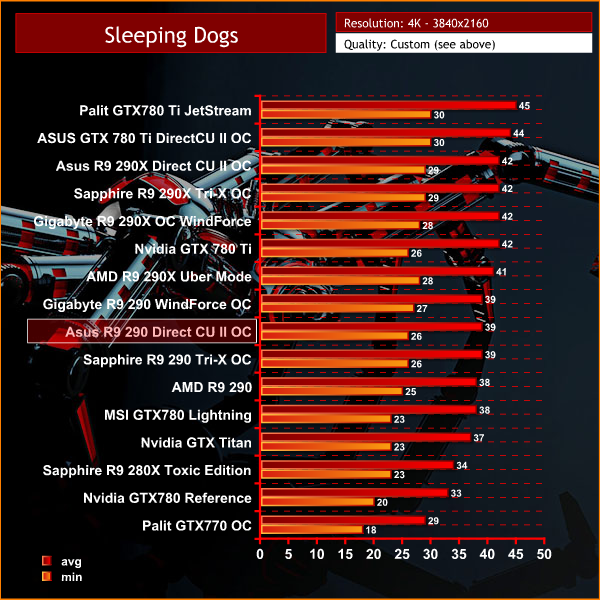 With the reduced image quality settings, we can get this Direct X 11 engine playable at Ultra HD 4k, holding above 25 frames per second at all times.