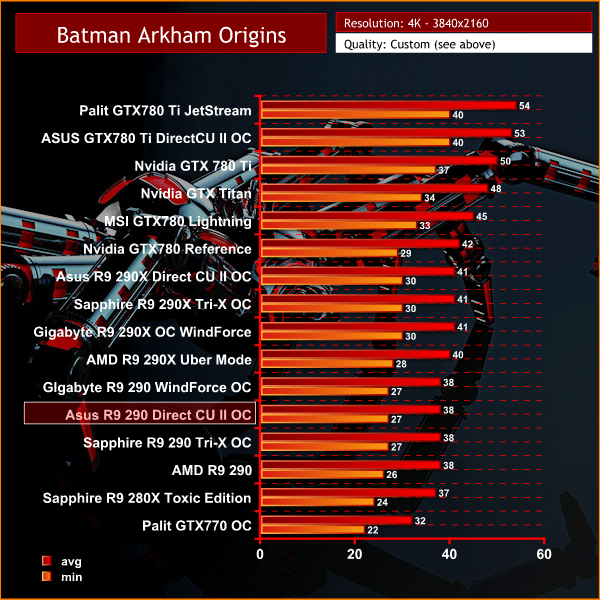 One of the best looking games at Ultra HD 4k and while ideally paired up with an overclocked GTX780 Ti JetStream, it still runs well on the Asus R9 290 Direct CU II OC.