The tests were performed in a controlled air conditioned room with temperatures maintained at a constant 24c – a comfortable environment for the majority of people reading this.Idle temperatures were measured after sitting at the desktop for 30 minutes.

Load measurements were acquired by playing Crysis Warhead for 30 minutes and measuring the peak temperature. We also have included Furmark results, recording maximum temperatures throughout a 30 minute stress test. All fan settings were left on automatic. 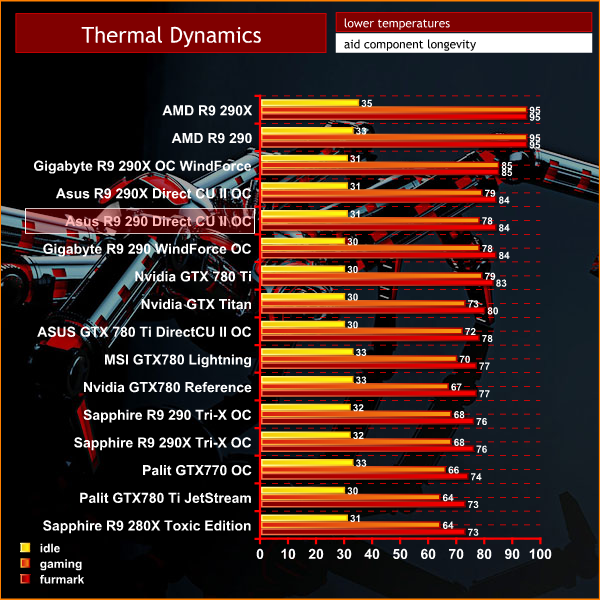 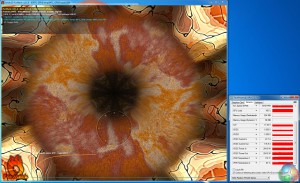 We noticed a readout at 119c when running Furmark. We never include Furmark results as ‘real world’ indicators however and when gaming this temperature dropped to 110c.

We spoke to ASUS about this just before going to publication and their engineering team said that the placement of the VRM sensor is in a different location on their 290’s, but the VRM’s are being cooled well within specifications.