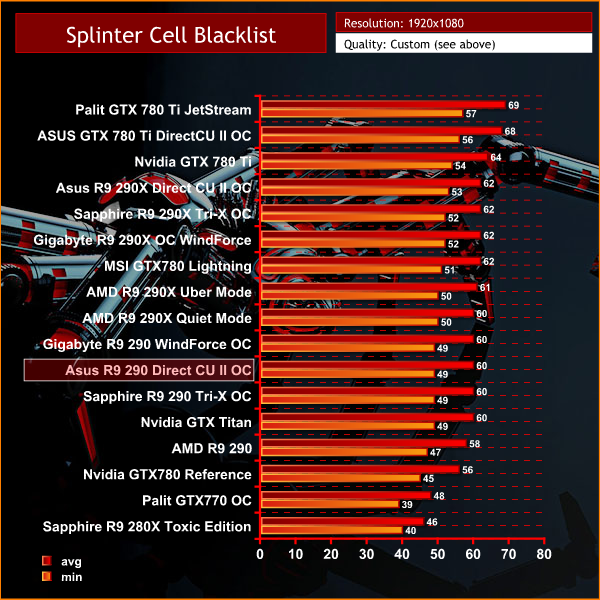 The frame rate never drops below 49 frames per second.