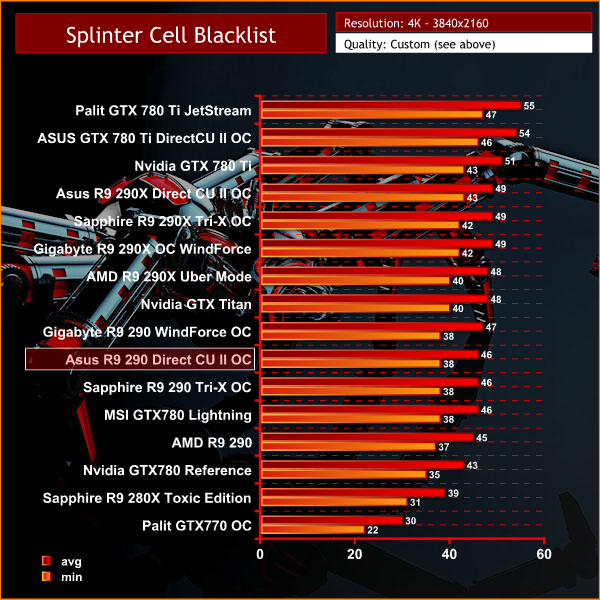 The frame rates are well in excess of 30 at all times, and overall game play is smooth at Ultra HD 4k resolution.