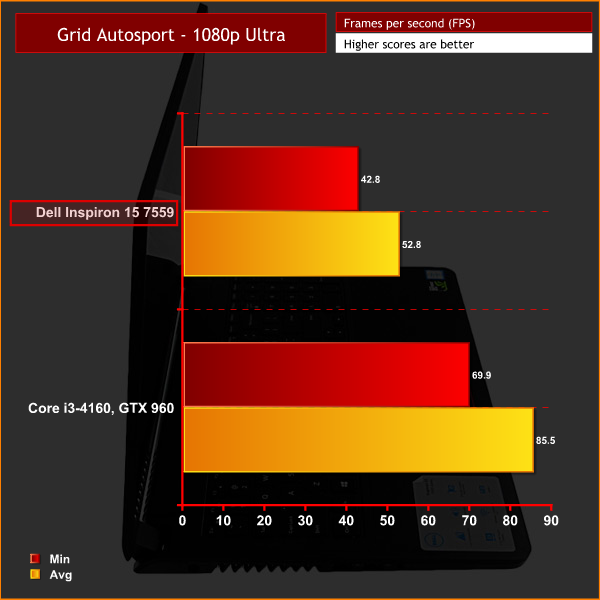 The GTX 960M gives another good showing at 1080p with the ‘ultra’ preset and 4x MSAA enabled, it is clearly capable of gaming at reasonable settings at 1080p. 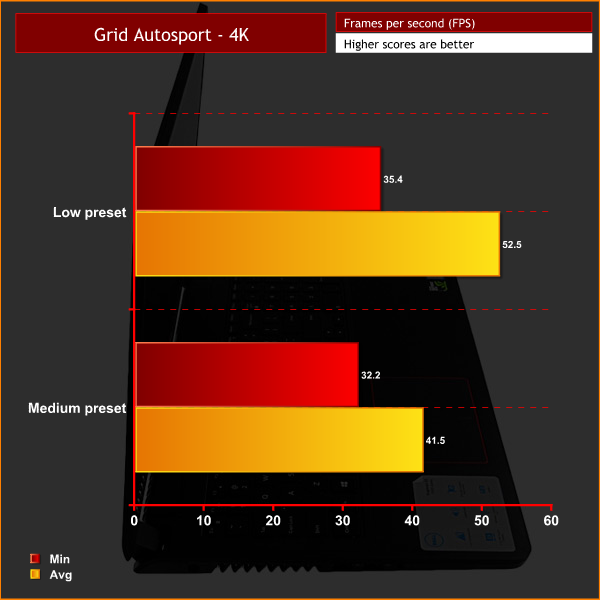 Running the ‘low’ and ‘medium’ presets at 4K are as high the settings will go before FPS drops below 30. Again – you are not going to game at 4K with the Inspiron 15 7559, higher settings at 1080p are simply more playable and attractive.