Battlefield 4 (also known as BF4) is a first-person shooter video game developed by EA Digital Illusions CE (DICE) and published by Electronic Arts. The game is a sequel to 2011′s Battlefield 3. Battlefield 4 is built on the new Frostbite 3 engine.

The new Frostbite engine enables more realistic environments with higher resolution textures and particle effects. A new “networked water” system is also being introduced, allowing all players in the game to see the same wave at the same time. Tessellation has also been overhauled. 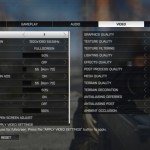 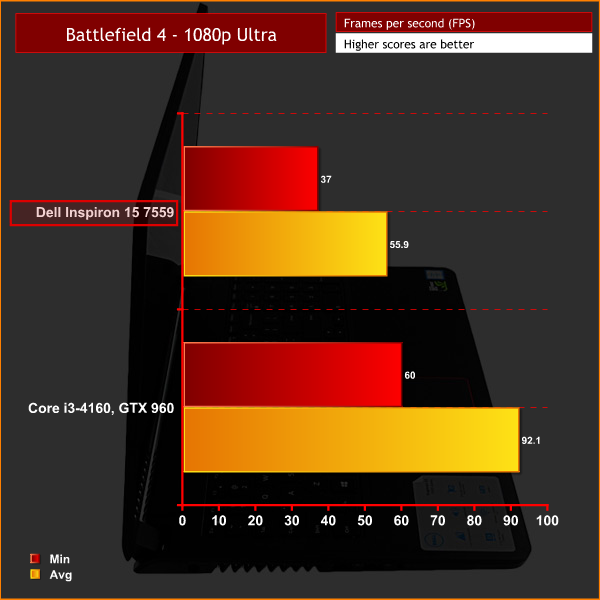 We test Battlefield 4 at 1080p, ‘ultra’ settings, but with AA and Ambient Occlusion off. Again, the Inspiron proves more than capable at 1080p. 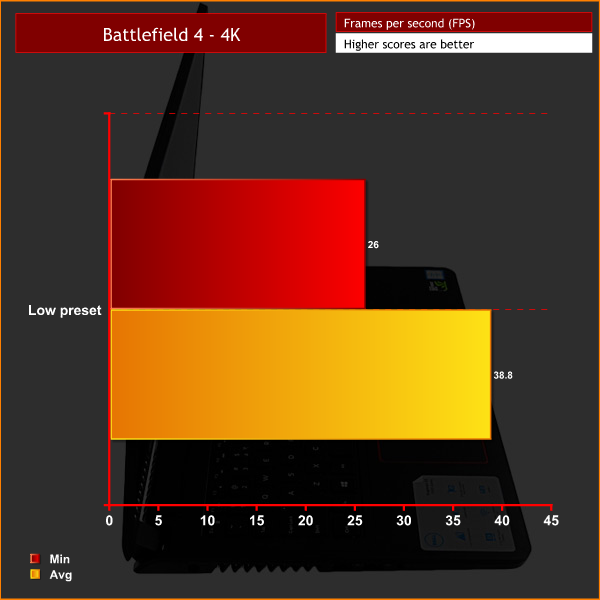 Even with the lowest settings preset, minimum FPS at 4K could not stay above 30 FPS. The Inspiron 15 7559 is clearly a 1080p only gaming laptop.