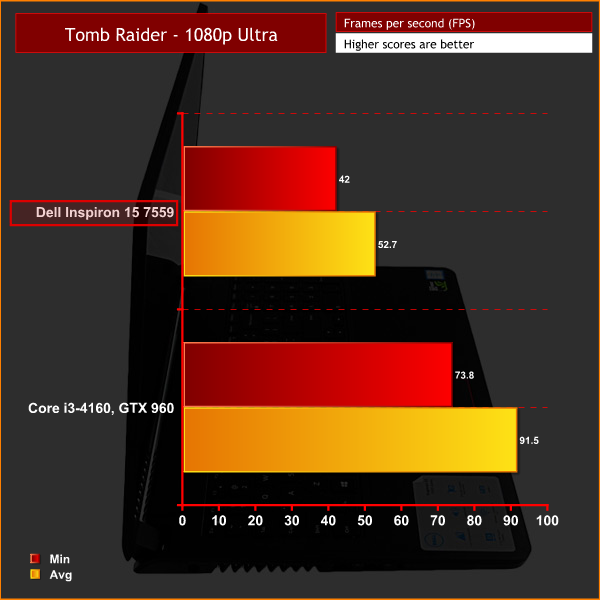 Above you can see the 1080p results using the ‘ultra’ preset. Clearly, the Inspiron is able to handle Tomb Raider  at 1080p, but how about 4K? Below we put it to the test. 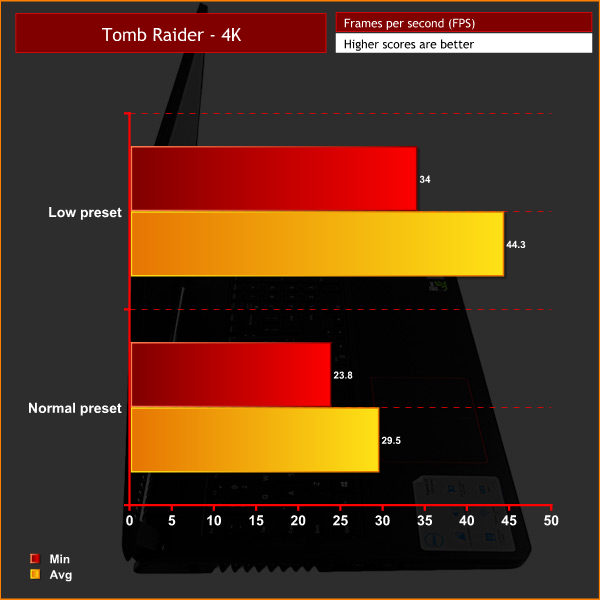 Above you can see a comparison of the ‘low’ and ‘normal’ presets in Tomb Raider at 4K – and it confirms what we had already assumed. You need to dial down the settings significantly to play at 4K with the Inspiron 15 7559, to the extent where ultra settings at 1080p look vastly superior.