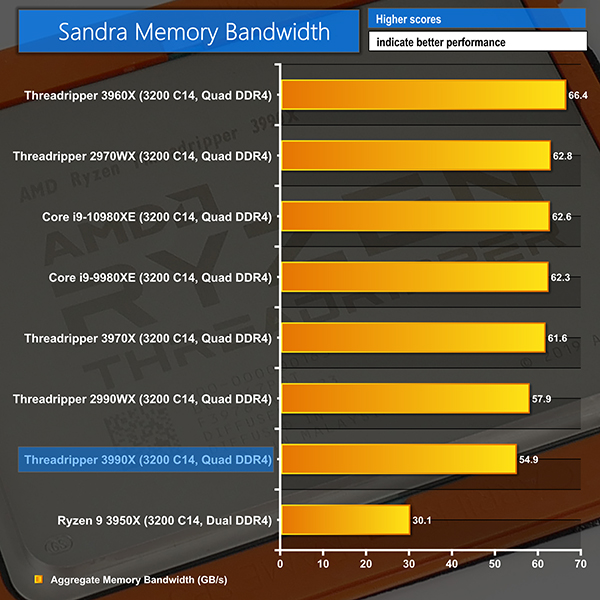 Starting off with the SiSoft Sandra Memory Bandwidth test, we see an interesting result. Despite using the same quad-channel DDR4 3200 CL14 memory, the 3990X scores relatively weakly in terms of outright memory bandwidth. We see a similar reduction in performance when looking at the difference between the 32 core 3970X and the 24 core 3960X.

All Threadripper 3000 CPUs feature the same central IO die memory controller, but our data suggests that there is a fight for the bandwidth as increasing numbers of cores are trying to carve out their fair allocation of system RAM. It will be interesting to see if this has an effect on our test results. 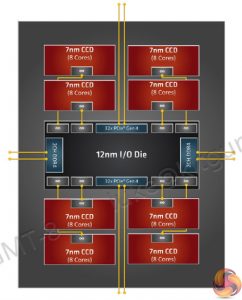 More Infinity Fabric links to the IO die, brought about by a larger number of CCDs, outline the importance of high-speed memory. We continue to use 3200MHz DIMMs with tight timings, but my previous testing has outlined that AMD’s suggestions to use 3600MHz memory (and an 1800MHz Infinity Fabric clock by default) are justified.

Just make sure your chosen modules fit under a large TR4 CPU cooler; our Corsair Dominator sticks do not work with the Cooler Master Wraith Ripper. 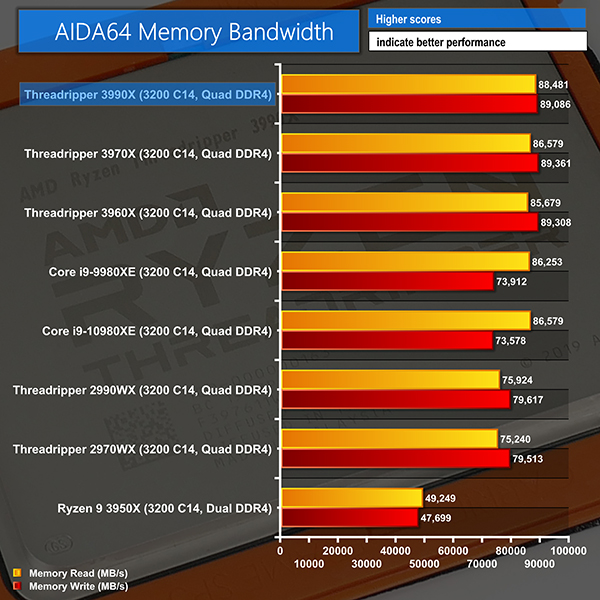 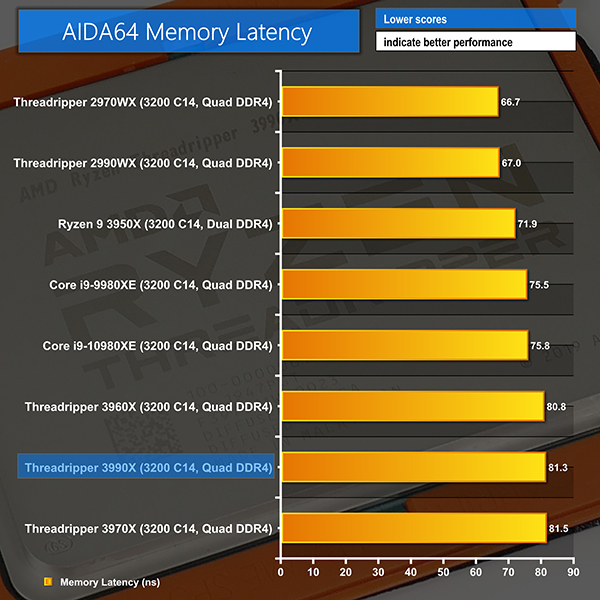 AIDA does not show the same behaviour as SiSoft Sandra with respect to memory bandwidth results. With that said, we have seen that Sandra’s numbers typically translate better into real world performance differences than AIDA’s do.

Latency performance for the memory subsystem is about where we would expect. We do not notice any major deficits versus the alternative Threadripper 3000 options, though the 24-core 3960X is consistently a little quicker.